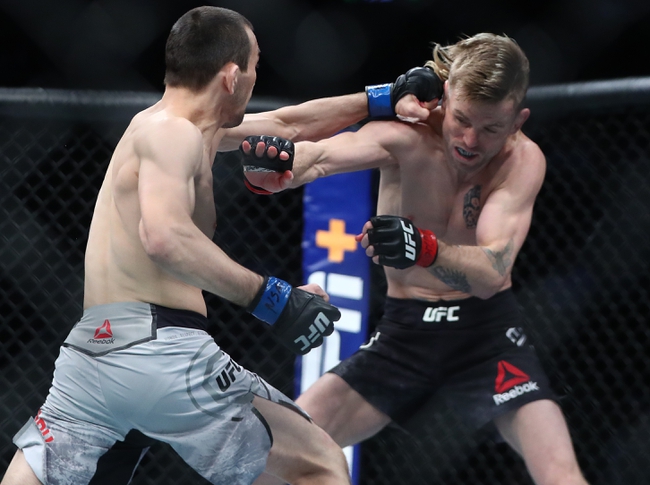 Alexandre Pantoja and Askar Askarov face off in a flyweight bout at UFC Fight Night which will take place at UFC’s Fight Island in Abu Dhabi United Arab Emirates. Like the last few events, there will be no fans in attendance for this event. Pantoja is currently ranked 4th in the division while Askarov is ranked seventh in the division.

Alexandre “The Cannibal” Pantoja probably only needs a couple more wins and he could get a title shot, and depending on how things work out, maybe all he needs is one. Pantoja overall has a 22-4 record and since coming into the UFC he has won six of his eight fights. Pantoja’s last fight came against Matt Schnell in December of 2019. In that fight, Pantoja had 34 significant strikes and late in the first round, he finished the fight by knockout.

Askar “Bullet” Askarov comes into this fight with an 11-1 record overall but since coming into the UFC that record is 1-1. In the first fight in the UFC, Askarov lost to Brandon Moreno in the first fight, one that was a split decision. In that fight, Askarov had four takedowns, but the judges still didn’t feel he did enough to earn the victory.

In the second fight, Askarov faced off against Tim Elliott and that was a dominant performance for Askarov. Even though Elliott took him down three times in that fight, Askarov outstruck him 73-47 and that was enough to come away with the win. Askarov is a unique fighter because he is good if the fight gets to the ground, but he is also good on the feet.

Askarov looked good in his last fight, and he is going to find a way to get the job done in this one. Askarov had a lot of success against a very tough Elliott, and he will come away with the victory at plus money.