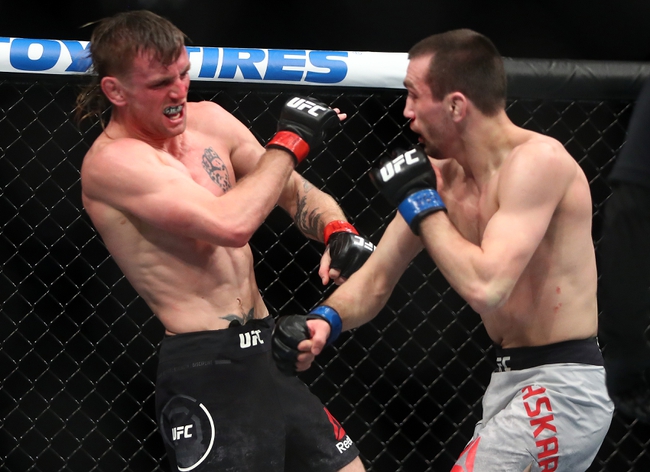 Tim Elliott and Ryan Benoit face off in a flyweight bout for the main event at UFC FIght Night 172 which will take place at UFC’s Fight Island in Abu Dhabi United Arab Emirates. Like the last few events, there will be no fans in attendance for this event. Elliott is the 12th ranked fighter in the UFC while Benoit is currently unranked.

Tim Elliott is a fan favorite, but he is really struggling coming into this fight. Overall Elliott has a 16-11-1 record but he has lost three straight fights. In Elliott’s last fight against Brandon Royval at the end of May and he actually had four takedowns in that fight. In the second round Elliott made a bad decision and Royval finished him with an arm triangle.

Ryan “Baby Face” Benoit is another guy who many were excited about when he was coming into the UFC, but he hasn’t lived up to the expectations. Overall, Benoit has a 10-6 record, but since coming into the UFC he has only won three of his seven fights. Benoit’s last fight came against Heili Alateng and in that fight he was competitive and out stuck his opponent, 68-47 but he was taken down four times in that fight.