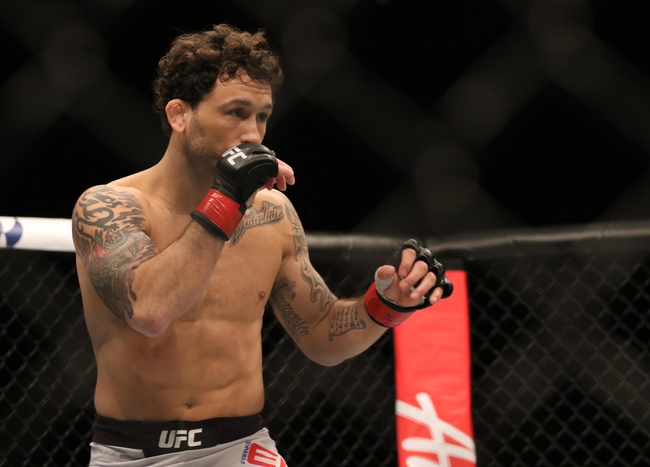 This fight has been rescheduled. Pedro Munhoz and Frankie Edgar face off in a featherweight bout for the co-main event at UFC FIght Night 172 which will take place at UFC’s Fight Island in Abu Dhabi United Arab Emirates. Like the last few events, there will be no fans in attendance for this event. Munhoz is currently ranked seventh in the bantamweight division while Edgar is currently ranked seventh in the featherweight division.

Pedro “The Young Punisher” Munhoz comes into this fight with an 18-4 record but since coming into the UFC he has an 8-4 record. Munhoz had won three fighters in a row heading into his last fight against Aljamain Sterling. In that fight Munhoz was outstruck 174-105 and that led to a unanimous decision loss. Munhoz’s last fight win came in March of 2019 against Cody Garbrandt. In that fight, Munhoz landed a big punch late in the first round to come away with the victory.

Frankie Edgar overall has a record of 22-8-1 record but he comes into this one really struggling having lost two fights in a row. Two fights ago Edgar lost to Max Holloway with a belt on the line, and in his last fight, he really struggled against Chan Sung Jung. Edgar was outstruck 46-9 in that fight and a little over halfway through the first round, he was knocked out by punches.

Edgar looked really bad in his last fight and he is going to struggle again in this one. Look for Munhoz to punish Edgar early and that will be enough to come away with the easy victory. If you are looking for a little extra value, take him to win this game on the money line.