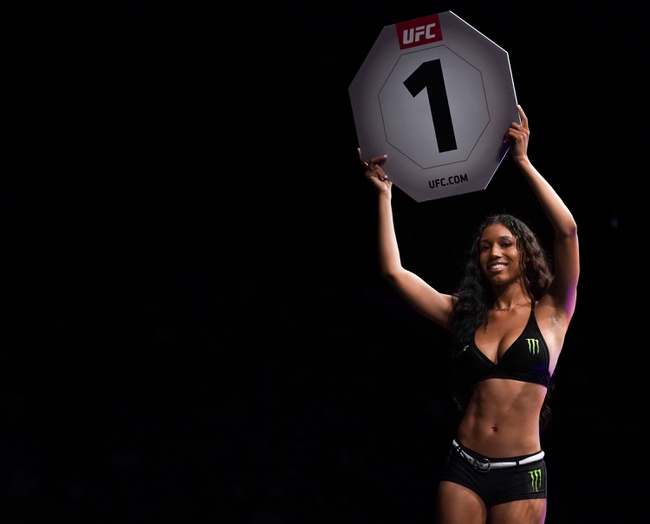 Modestas Bukauskas and Andreas Michailidis face off in a light heavyweight bout at UFC Fight Night 172 which will take place at UFC’s Fight Island in Abu Dhabi United Arab Emirates. Like the last few events, there will be no fans in attendance for this event. Both of these fighters are currently unranked. Bukauskas was originally supposed to fight Vinicius Moreira

Modestas Bukauskas will be making his UFC debut when he steps into the octagon in this fight. Bukauskas comes into this fight with a 10-2 record overall and he currently is riding a six-fight win streak. Each of the last seven fights for Bukauskas have been apart of the Cage Warriors. His last fight came against Riccardo Nosiglia in November of 2019 and in that fight he finished with his elbows at 3:51 in the first round.

Bukauskas for the most part is a knockout artist, but he also can finish the fight with a submission. Bukauskas has seven wins by knockout, two wins by submission, and the other win came by the judges scorecard. In this fight if Bukauskas wants to come away with a win he needs to get out to a fast start. There are probably going to be some nerves in this fight, and  Bukauskas can’t let that get him off to a slow start.

Andreas Michailidis will be making his UFC debut when he steps into the octagon on Wednesday in Abu Dhabi. Coming into this fight Michailidis have won three fights in a row and overall he has a record of 12-3.

Michailidis' last fight came in December of 2019 against Arymarcel Santos. In that fight it didn’t take long for Michailidis to finish the fight. He has a lot of power in his hands and he is going to hunt for the knockout early. Each of his last three finishes have come by knockout.