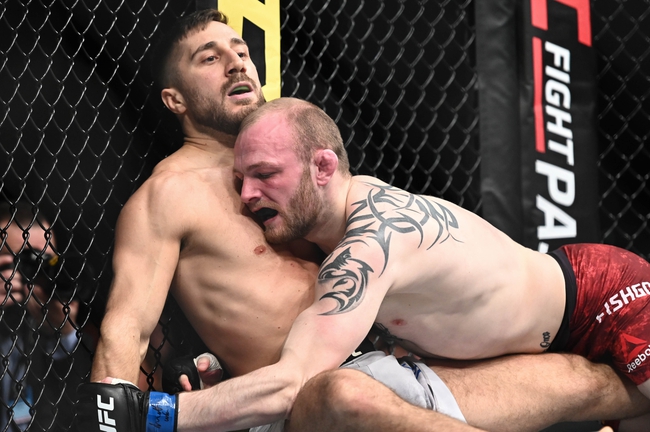 Jared Gordon and Chris Fishgold face off in a featherweight bout at UFC FIght Night 172 which will take place at UFC’s Fight Island in Abu Dhabi United Arab Emirates. Like the last few events, there will be no fans in attendance for this event. Both of these fighters are currently unranked.

Jared “Flash” Gordon overall has a 15-4 record but he comes into this fight having lost three of the last four. Overall since coming to the UFC, Jordan has a 3-3 record. Gordon’s last fight came against Charles Oliveira in November of 2019. In that fight, he got hit hard early and only a minute and 26 seconds into the fight he was knocked out. Gordon’s last fight in June of 2019 against Dan Moret, coming away with a unanimous decision.

Chris Fishgold comes into this fight with an 18-3-1 record overall since turning pro, but since coming into the UFC he has gone 1-2, and this is a critical fight for his future in the UFC. Fishgold’s last fight came against Makwan Amirkhani in June of 2019. In that fight, Fishgold was actually outstriking Amirkhani but in the second round he was submitted by anaconda choke. The last win for Fishgold in February of 2019 came by submission by rear naked choke.

Fishgold has done a good job of getting fights to the grounds and that will continue in this fight. Look for Gordon to have trouble stopping the takedowns and he won’t have any answer when he gets to the ground. Back Fishgold to come away with a win in this fight at even money.