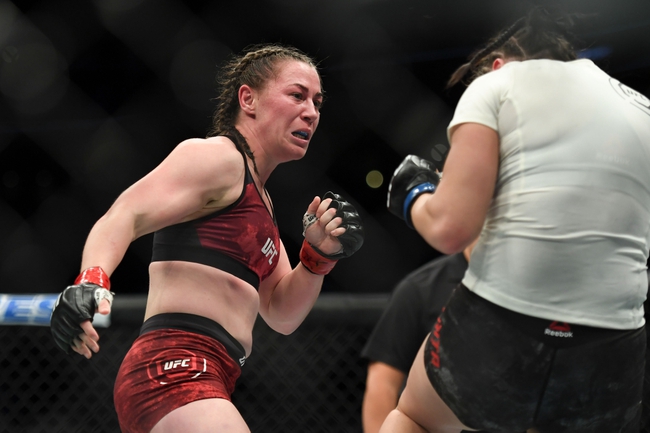 Molly McCann faces off against Taila Santos and this should be one of her easier fights since coming into the UFC. Santos struggled in his first fight in the UFC, a fight he shouldn’t have been any sort of issue if she is going to be a real contender. Look for McCann to get the job done with ease in this game.

Jimmie Rivera has struggled a bit as of late losing each of her last two fights. His last fight was against Petr Yan, a fight that was tough, and he ended up on the wrong side of. Cody Stamann looked impressive in his last fight, and he will get the job done in this one.

If you have followed my picks you know I like to throw together a parlay that includes at least two underdogs. We already broke down above why Cody Stamann is going to get the job done in this fight.

Dan Ige is on a six fight win streak and even though this is a step up in competition, there is no doubt he is ready to rise to the occasion. Ige has a lot of success getting the fight to the ground, something he should be able to do in this one. Look for Ige to come away with a victory in this one. A $100 bet will pay out $582.50 if both of these cash.