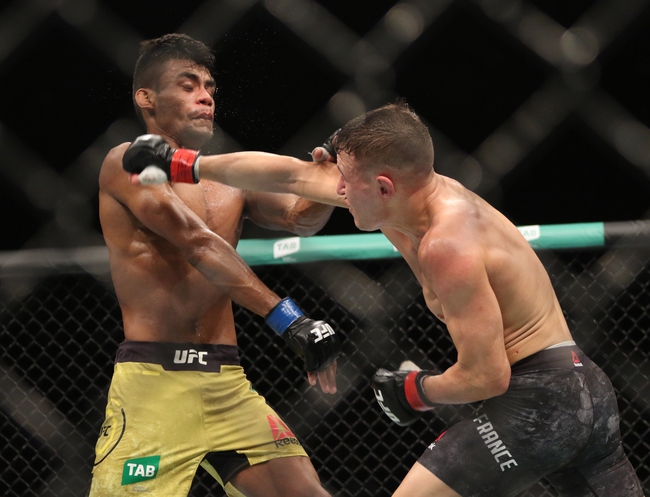 Raulian Paiva and Zhalgas Zhamagulov face off in a flyweight bout at UFC 251 which will take place at UFC’s Fight Island in Abu Dhabi United Arab Emirates. Like the last few events, there will be no fans in attendance for this event. Paiva is currently the 14th ranked fighter in the division while Zhamagulov is currently unranked.

Raulian Paiva comes into this fight with a 19-3 record overall but since coming into the UFC he has a 1-2 record. After losing his first two fights in the UFC, he did get back on the right track in his last fight against Mark De La Rosa. In that fight, Paiva outstruck De La Rosa 54-45 and late in the second round he finished him with a knockout. In the fight before that against Rogerio Bontorin he was taken down two times and midway through the first round he was knocked out.

Zhalgas Zhamagulov will be making his UFC debut when he steps into the octagon during this fight. Overall Zhamagulov has a 13-3 record and coming into this fight he has won four fights in a row. His last fight was against Ali Bagautinov during Fight Nights Global 95. In that fight, it wasn’t a very dominate decision but he did come away with the split decision win. Each of his four fights have come by a decision. When he does finish a fight, it’s usually with a knockout. Six of Zhamagulov’s wins have come by knockout and one other win has come by submission.