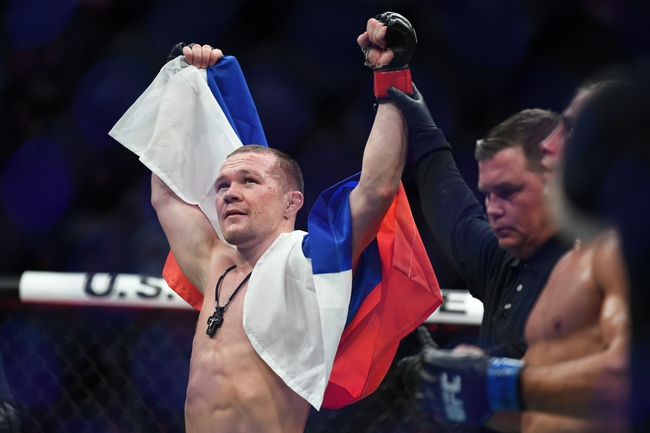 Petr Yan and Jose Aldo face off for the bantamweight belt at UFC 251 which will take place at UFC’s Fight Island in Abu Dhabi United Arab Emirates. Like the last few events, there will be no fans in attendance for this event. Yan is the number three contender while Aldo is the number sixth ranked contender.

Petr “No Mercy” Yan has felt for a while like he has deserved a chance at the title shot. Coming into this fight Yan has a 14-1 record overall and since coming into the UFC he has won all six of his events. Yan’s last fight came in December of 2019 against Urijah Faber and it was a really dominant performance.

In that fight Yan had two takedowns, landed 54 significant strikes and early in the third round he had finally wore him down enough to win the fight by knockout.

There has been some argument made about Jose Aldo and if he even deserves a title shot in this fight. Overall in his career Aldo has a 28-6 record, but he has lost each of the last two fights. Aldo’s last fight against Marlon Moraes came in December of 2019 and it was a very even fight. Aldo was taken down once in that fight and that probably was enough for him to lose it by split decision.

Peter Yan is the big favorite in this fight, and for good reason, Aldo has proven that he is a shell of his former self. Yan’s last fight was won by knockout and that is what he is going to do again in this one. Back Yan to win this fight by knockout for extra value.