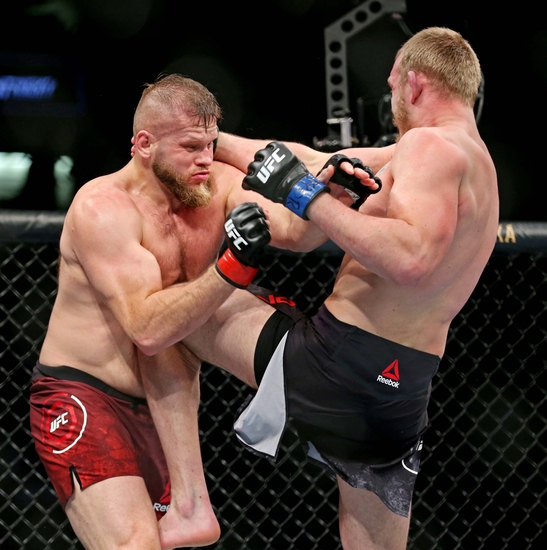 Marcin Tybura and  Alexander Romanov face off in a heavyweight bout at UFC 251 which will take place at UFC’s Fight Island in Abu Dhabi United Arab Emirates. Like the last few events, there will be no fans in attendance for this event. Both of these guys are currently unranked, but hope to make a statement with a win in this one.

Marcin “Tybur” Tybura comes into this fight with an 18-6 record overall but since coming into the UFC he has had some struggles. Tybura won his last fight, but overall in the UFC he has had a 5-5 record and before his last win he had lost three fights in a row. Tybura’s last fight came against Serghei Spivac in February of 2020. In that fight Tybura outstruck him 43-26 and he also had two takedowns. He didn’t get the finish but there was really no doubt that he had won by unanimous decision.

Alexander Romanov will be making his UFC debut when he steps into the octagon in this fight. Before getting the call in the UFC, Romanov was fighting in the Eagles Fighting Club. Overall Romanov has an 11-0 perfect record. Romanov has four of his fights by knockout and seven of his wins by submission.

Romanovs’ last fight came in February of 2019 against Sergio Freitas and in that fight it was early in the second round he won by submission. Romanov still hasn’t ever had a fight go the distance, so chances are good this one will be finished before the judges have to score it on their scorecards.