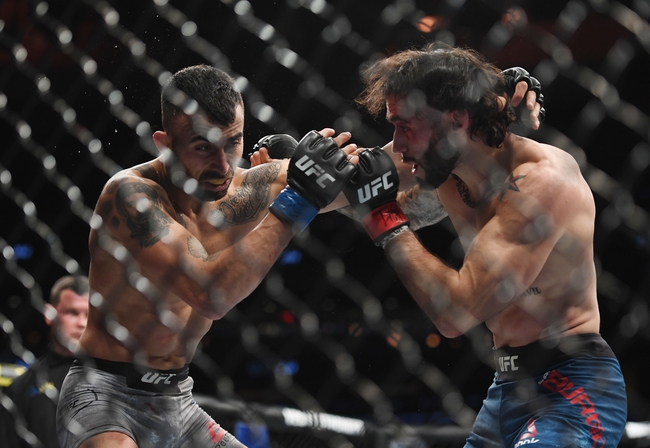 Makwan Amirkhani and Danny Henry face off in a featherweight bout at UFC 251 which will take place at UFC’s Fight Island in Abu Dhabi United Arab Emirates. Like the last few events, there will be no fans in attendance for this event. Both of these guys are currently unranked but hope to make a statement with a win in this one.

Makwan “Mr Finland” Amirkhani comes into this fight with a 15-4 record overall and since coming into the UFC he has won five of his seven fights. One of those two losses though for Mr Finland did come in his last fight against Shane Burgos in November of 2019. In that fight, Burgos outstruck Amirkhani 105-22 and even though Amirkhani had three takedowns in that fight, it wasn’t enough because late in the third round he was knocked out by punches.

Amirkhani’s last win came in June of 2019 against Chris Fishgold. In that fight, it was in the second round that Amirkhani locked in an anaconda choke that finished the fight. Mr. Finland likes to get the fight to the ground averaging 3.39 successful takedowns every 15 minutes. Amirkhani also tries 1.5 submission attempts during the same time period.

Danny “The Hatchet” Henry comes into this fight with a 12-3 record overall and since coming into the UFC he has won two of the three fights. The only loss for Henry in the UFC did come in his last fight against Dan Ige. In that fight Henry had issues early and only one minute and 17 seconds into the first round he was submitted by a rear-naked choke.

Henry is coming off a loss, but he got caught in a bad position, and he is going to find to bounce back in a big way. Look for Henry to catch Amirkhani in a bad position and for him to finish this fight with a submission.