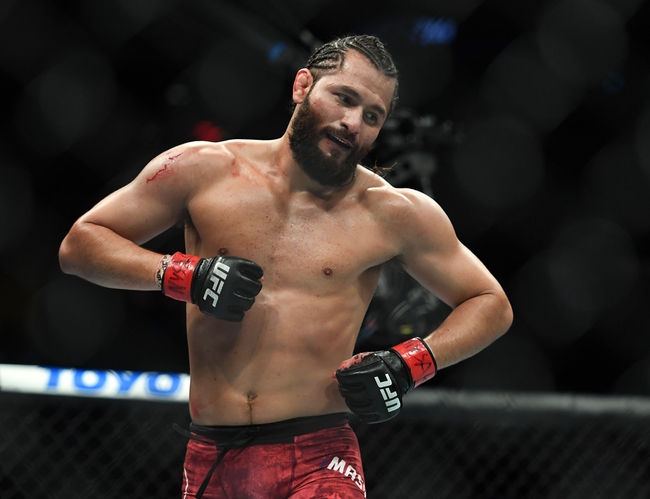 Kamaru Usman and Jorge Masvidal face off for the welterweight belt at UFC 251 which will take place at UFC’s Fight Island in Abu Dhabi United Arab Emirates. Like the last few events, there will be no fans in attendance for this event. Usman is the defending champion while Masvidal is the third-ranked contender. This fight was originally supposed to be Usman against Gilbert Burns, but Burns had to pull out.

Kamara Usman has a 16-1 record since turning pro and since entering the UFC he has a perfect 11-0 record. Each of Usman’s last two fights have had a belt on a line and he was able to come out on top. The Nigerian Nightmare’s last fight in December of 2019 against Colby Covington. In that fight, Usman, outstruck Covington 175-143 and late in round five he finally had worn him down enough that he came away with a knockout win.

Jorge “Gamebred” Masvidal finally is getting his title shot, but it’s on short notice, and that could be a problem. One thing to remember with Masvidal is this isn’t the first time he has taken a fight on short notice though.

The short notice fight for Masvidal is a bit concerning but the value is just too much to ignore. Masvidal hunts the knockout, and he is going to get the job done in this game. Look for Masvidal to finish this fight and cash the plus money ticket.

Get Premium Picks Start Winning Now »
The pick in this article is the opinion of the writer, not a PickDawgz site consensus.
Previous Pick
Kamaru Usman vs. Gilbert Burns - 7/11/20 UFC 251 Pick and Prediction
Next Pick
Pedro Munhoz vs. Frankie Edgar- 7/15/20 UFC Fight Night 172 Pick and Prediction