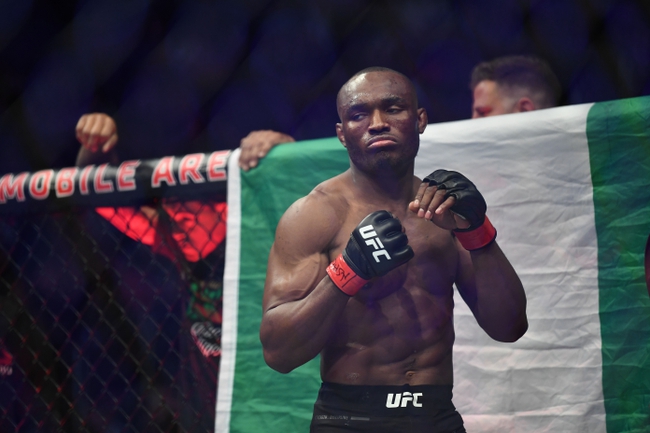 Kamaru Usman and Gilbert Burns face off for the welterweight belt at UFC 251which will take place at UFC’s Fight Island in Abu Dhabi United Arab Emirates. Like the last few events, there will be no fans in attendance for this event. Usman is the defending champion while Burns is the number one ranked contender.

Kamara Usman has a 16-1 record since turning pro and since entering the UFC he has a perfect 11-0 record. Each of Usman’s last two fights have had a belt on a line and he was able to come out on top. The Nigerian Nightmare’s last fight in December of 2019 against Colby Covington. In that fight Usman, outstruck Covington 175-143 and late in round five he finally had worn him down enough that he came away with a knockout win.

Gilbert Burns comes into this fight with a 19-3 record and he is finally getting his chance at a UFC title. Coming into this fight Burns has won six in a row including his last over Tyron Woodley in May of 2020. In that fight, Burns outstruck Woodley 83-28 and also had a takedown, which was enough to win by unanimous decision.