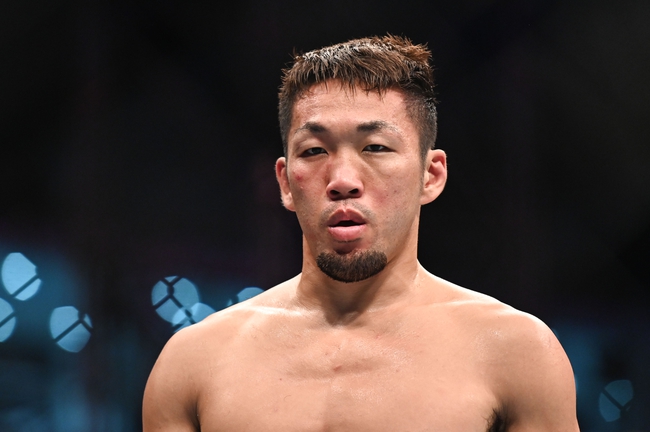 Takashi Sato and Ramiz Brahimaj  face off in a welterweight bout at UFC on ESPN 12 which will take place at UFC Apex in Las Vegas. Like the last few events, there will be no fans in attendance for this event. There are two fighters who are currently unranked.

Takashi “Ten” Sato comes into this fight with a 15-3record and since coming into the UFC he has a 1-1 record. Sato won his fight in the UFC against Ben Saunders against April of 2019, but in his last fight he really struggled. Sato took on Belal Muhammad in September of 2019 and he was dominated  the entire fight. In the third round, Sato got himself in a bad position in the third round, and he was finished by a rear-naked choke.

Ramiz Brahimaj comes into this fight with an 8-2 record overall and when he steps into the octagon on Saturday he will making his UFC debut. Brahimaj won his first six rights as a professional, but in his last four fights, he has a 2-2 record. His last fight came in March of 2020 against Carlos Martinez in the Legacy Fighting Alliance. In that fight it didn’t take long for Brahimaj who finished the fight with an arm-triangle choke 55 seconds into the fight. Each of his eight wins in his professional career have come by a choke.

In this fight, Brahimaj is going to try and find the submission early and get out of this one with little damage.

Sato is the favorite in this fight, but even in Brahimaj’s first fight in the UFC he is going to get the job done. Look for him to cause some damage early, and he will get Sato in a bad position to finish the choke and come away with a win at plus money.