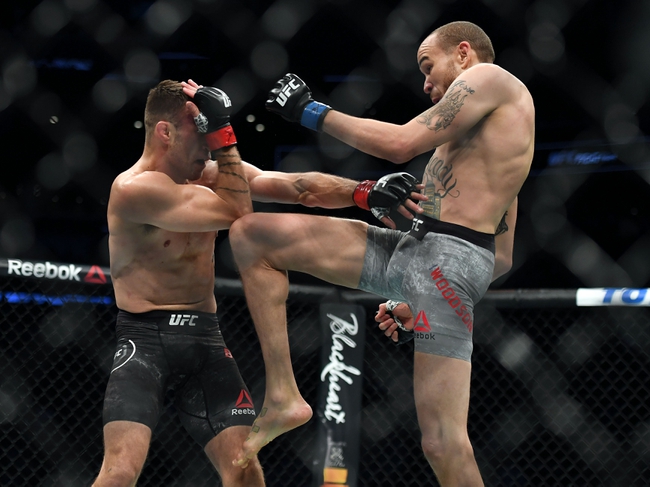 Sean Woodson and Kyle Nelson  face off in a bout at UFC on ESPN 12 which will take place at UFC Apex in Las Vegas. Like the last few events, there will be no fans in attendance for this event. There are two fighters who are currently unranked.

Sean “The Sniper” Woodson is hoping to improve on his 7-0 record with his second fight in the UFC on Saturday. Woodson’s first fight in the UFC was against Kyle Bochniak back in October of 2019. In that fight Woodson outstruck Kyle Bochianak 111-42 and even though he was taken down one time in that fight, he still had no issue coming away with a unanimous victory. Woodson has been dominant but for as dominant as he has been, he actually doesn’t finish many of his fights. Three of his last six fights have been by decision.

Kyle “The Monster” Nelson comes into this fight with a 13-3 record overall but since coming into the UFC he has won only one of his three fights. The one win during that stretch was in the last fight against Polo Reyes in September of 2019. Nelson didn’t take long to get it going, in that fight landing 12 significant strikes in the first minute and a half before he finished the knockout.

Sean Woodson is undefeated and there is no reason to believe he won’t win this fight. The number is a little high but he is going to find a way to get it done. Look for Wooson to win this fight by decision to get the extra value.