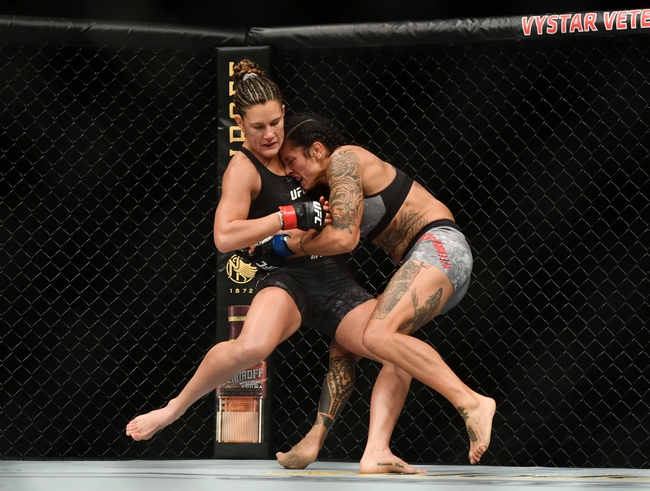 Mara Romero Borella and Miranda Maverick face off in a women’s flyweight bout at UFC on ESPN 12 which will take place at UFC Apex in Las Vegas. Like the last few events, there will be no fans in attendance for this event. There are two fighters who are currently unranked.

Mara Romero Borella comes into this fight with a 12-8 record overall, but she is really struggling as of late losing each of the last three fights. Her last fight against Cortney Casey came in May 16th of 2020. In that fight, Borella did get one takedown, but she got caught in the middle of the first round with an armbar and she ended up losing. The previous fight Borella lost by a unanimous decision, and the fight before that she was knocked early in the third round.

Miranda “Fear The” Maverick will be making her first UFC fight when she steps into the octagon on Saturday night. Coming into this fight, Maverick has a 7-2 record overall and she has won each of his last five fights.

Three of her last five wins were by submission and the other were two by unanimous decision. Two fights ago against DeAnna Bennett it was late in the third round that Maverick finished the job with a rear-naked choke. If Maverick would have stayed in Invicta she probably would have gotten a title shot but she has moved up to the UFC in hopes to move up the ranks and get a title shot here.

Maverick really looks she can be a superstar at this level and everyone is going to have their eyes on her. In this fight, she is going to wear down Borella and lock down one of her signature submissions to lock it up. There is no value on the money line but to win by submission it at least has a little value.