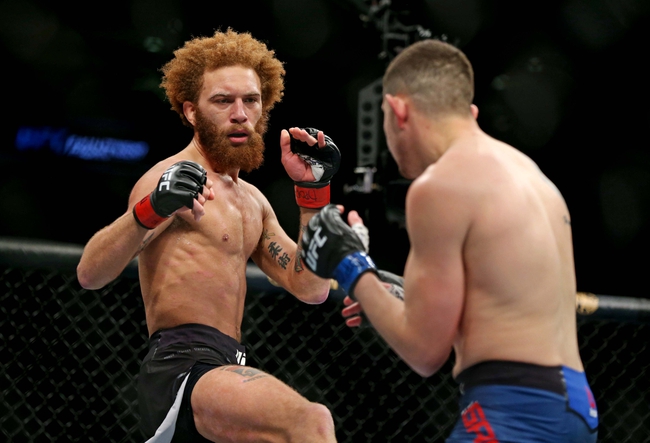 Luis Pena and Khama Worthy face off in a lightweight bout at UFC on ESPN 12 which will take place at UFC Apex in Las Vegas. Like the last few events, there will be no fans in attendance for this event. There are two fighters who are currently unranked, but they hope they can make a statement with a win in this fight.

Luis Pena comes into this fight with an 8-2 record overall and since coming into the UFC he has a 4-2 record. Pena needs to try and get a winning streak going if he wants to climb up the rankings and get in contention for a belt. In Pena’s last fight against Steve Garcia, it was a close fight, but he outstruck him and that was enough to come away with a victory.

Pena is a strong athlete that at time was mostly just a wrestler. Since that point though Pena has become a more well-rounded athlete, and he has proven he can stay on his feet with the best of them. Pena throws some strong punches and his knees can knock someone out.

Khama “The Death Star” Worthy comes into this fight with a 15-6 overall and he won his first fight in the UFC. Worthy faced off against Devonte Smith in August of 2019, and it didn’t take long for him to get the job done. He had 21 significant strikes in the first round and late in the first round he finished it with a knockout.

Worthy is averaging 4.94 significant strikes per minute while absorbing 3.53 significant strikes per minute. In that first fight, Worthy didn’t try a takedown or a submission attempt. That first fight was even more impressive because he was around a +550 when the books closed as an underdog. One big problem for Worthy is his chin is a bit week. In five of the six losses, he was finished by knockout so that is something he needs to watch out for in this fight.

Worthy’s chin is concerning and Pena is going to take advantage of that. Look for Pena to use his knees early and that will be enough for him to come away with a win by knockout.