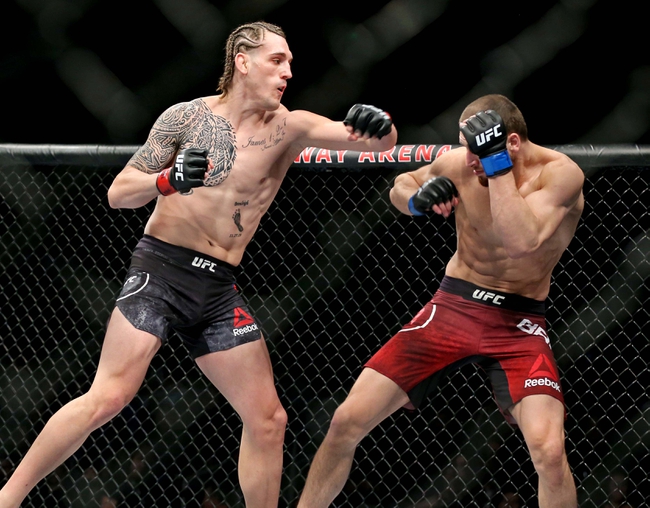 Kyle Daukaus and Brendan Allen face off in a middleweight bout at UFC on ESPN 12 which will take place at UFC Apex in Las Vegas. Like the last few events, there will be no fans in attendance for this event. Both of these guys are currently unranked. Ian Heinisch was originally supposed to face Allen but he is hurt, so Daukaus has stepped in.

Brendan “All in” Allen comes into this fight with a 14-3 record and since coming into the UFC he has a 2-0 record and both of the fights have been pretty dominant, If Allen was to win this fight, he probably would be ranked. Allen’s last fight came on February 29th against Tom Breese and it was late in the first round that he finished the fight by knockout.

Allen is averaging 2.62 significant strikes per minute while absorbing 2.80 significant strikes per minute. Allen likes getting the fight to the ground averaging 2.68 successful takedowns every 15 minutes. Allen also is averaging 4.5 submission attempts every 15 minutes. Allen can fight different styles so it wouldn’t be that shocking if he tried to trade blows or try to get it to the floor.

Kyle Daukaus will be making his first fight in the UFC on short notice. Daukaus picked up a win in Dana White’s Contender Series last season but he wasn’t offered a contract. Since that point he has won two more fights by submission so he now gets the call. There is a lot of pressure on Daukaus on this fight to have success, but he is also fighting on short notice, so he should at least get another UFC fight after this, even if he loses.

These are two fighters who have had a lot of success coming into this fight, and I think the short notice is actually going to help Daukaus. The short notice doesn’t give him time to overthink and that will help him. Daukaus is the underdog but he is still going to find a way to have success. Look for him to win this one by submission.