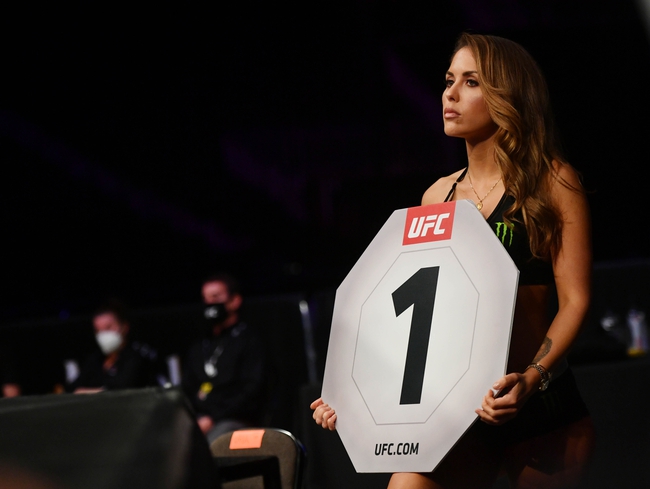 Kay Hensen and Jinh Yu Frey face off in a women’s strawweight bout at UFC on ESPN 12 which will take place at UFC Apex in Las Vegas. Like the last few events, there will be no fans in attendance for this event. There are two fighters who are currently unranked.

Kay Hensen is only 20 years old and she has already had nine pro fights. Coming into this fight, Hensen has a 6-3 record including a win in each of his last two fights. Hensen’s last fight came against Liana Ferreira Pirosin in March of 2020. In that fight, Hensen came away with a unanimous decision, and in the fight before that she won by submission. Hensen is a well-rounded fighter, but she is inconsistent at times and that is a big concern. In Hensen’s six fights he has won two by knockout, three by submission and one decision. Each of his last two losses have come by a majority decision and the only knockout was in her second loss by elbows. In this fight look for Hensen to try and use his scrambling to try and get in possession to finish the fight with a submission.

Jinh Yu Frey comes into this fight with a 9-4 record and coming into this fight she has won three of the last four fights. Frey’s last fight came in early February against Ashley Cummins. In that fight, Frey was pretty dominant and she came with a unanimous decision win. Each of the last three wins for Frey were by decision, and one of those wasn’t even unanimous. In this fight, Frey needs to try and stay away from the submission and hope that she can grind out a win.

Both of these fighters were in the Invicta league and they might have matched up there, but instead, they move up to the UFC. Frey’s lack of finishing ability is concerning to me and that will let her down in this fight. Look for Hensen to put Frey in a bad position and for her to finish this fight by submission.