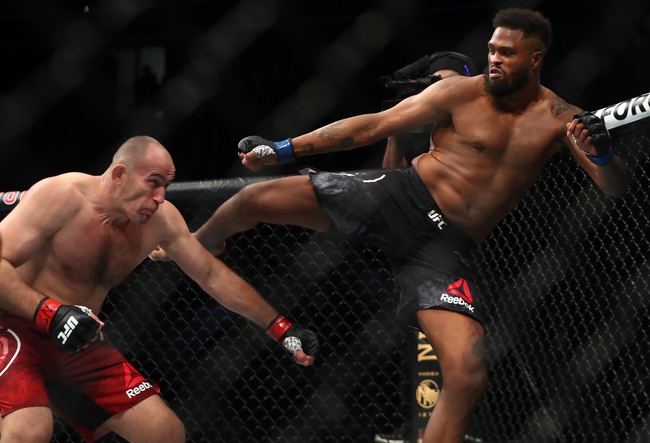 Gian Villante and Maurice Green face off in a heavyweight bout at UFC on ESPN 12 which will take place at UFC Apex in Las Vegas. Like the last few events, there will be no fans in attendance for this event. Both of these guys are currently unranked.

Gian Villante comes into this fight with a 17-11 record but in his last six fights, he has won only two of them. In Villante’s last fight against Michal Oleksiejczuk he had struggled in the first round taking too much damage and that led to a knockout one minute and 34 seconds into the first round.

Villante’s last win came in October of 2018 against Ed Herman and even though he was outstruck in that fight he did come away with a split decision victory.

Villante is a power puncher and he is going to want to finish this fight quickly. If the fight does go to the ground though, he can have success though.

Maurice “The Crochet Boss” Greene comes into this fight with an 8-5 record overall. Since coming into the UFC, Greene won his first three fights, but he has now struggled a bit losing each of his last two fights. Greene’s last fight came against Aleksei Oleinik and he was taken down three times during that fight. Late in the second round, Greene was worn down and he lost by armbar.

Greene is a very one-dimensional fighter but that doesn’t matter because his power is going to be the difference in this one. Look for Greene to land one of his big power punches and that will lead to a knockout victory. You can take him on the money line but taking him by knockout will give a better value.