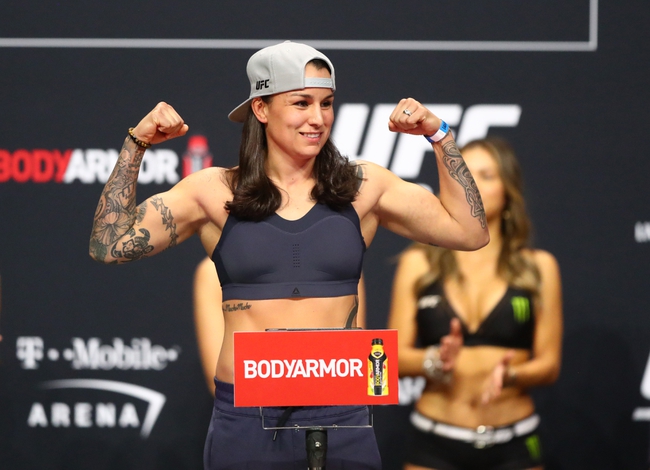 Raquel “Rocky” Pennington is one of the tougher fighters across the entire UFC to figure out. Pennington comes into this fight with a 10-9 record but over her last four fights she only has one win. Her last fight came in January 2020 against Holly Holm. It wasn’t an exciting fight, but Pennington couldn’t get a lot of damage on Holm, which led to her loss

Marion “The Belizean Bruiser” Reneau comes into this fight with a 9-5-1 record overall but coming into this fight she has lost two fights in a row. Reneau has had a bit of a layoff with her last fight coming on March of 2019 against Yana Kunitskaya. In that fight Reneau was outstruck 98-58 and that led to the loss.

These are two fighters who probably don’t have a lot of confidence right now, but there is no way to trust Reneau to get the job done. Pennington might not be the most exciting fighter, but she will land enough strikes to come away with a victory.If you are looking for another bet on this fight, take it to go the difference.