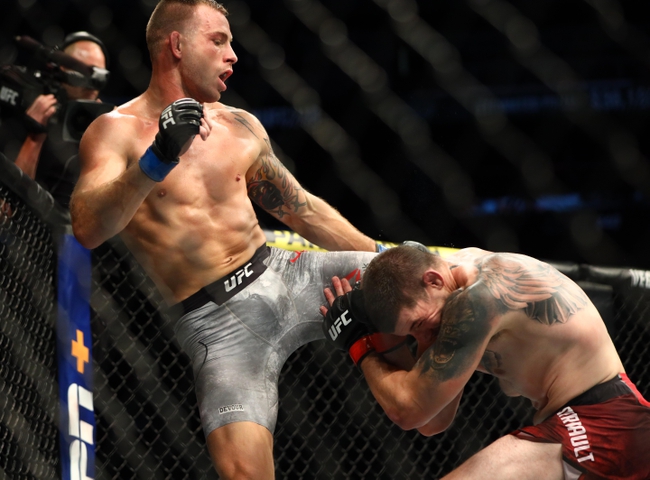 Marc-Andre Barriault and Oskar Piechota faceoff in a middleweight bout at UFC Fight Night 173 at the UFC Apex in Las Vegas. Like the last few events, there will be no fans in the stands for this one. These are both fighters who are currently unranked.

Oskar “Imadlo” Piechota comes into this fight with an 11-3-1 record overall but all three of those losses came in his last three fights. His first two fights in the UFC were wins before losing each of the last three fights.

Piechota’s last fight came against Punahele Soriano in December and he lost that fight midway through the first round by KO. Piechota is averaging 3.19 significant strikes per minute while absorbing 3.04 significant strikes per minute. Piechota is averaging 0.76 successful takedowns every 15 minutes. He also is averaging 1.9 submission attempts every 15 minutes. Piechota's last win came on February 18th, 2018, over Tim Williams. In that fight, it was early in the fight that Piechota was able to finish the job by knockout.

Two fighters who have really struggled, but the good news is one guy has to come away with a win. Barriault is too talented to lose another fight in a row. Look for him to use his power to finish this fight in the first couple of rounds.