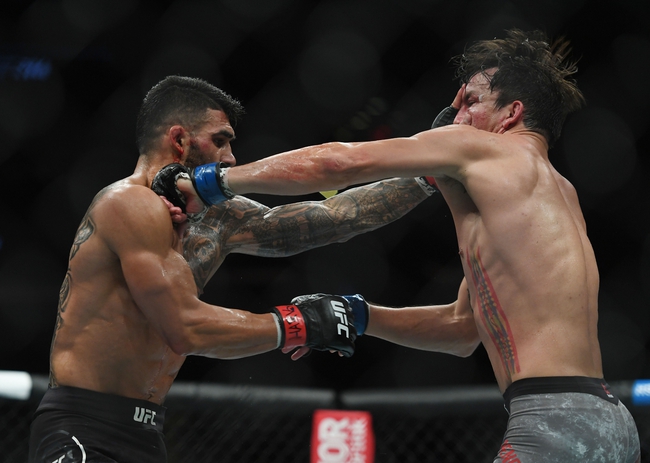 Lyman Good and Belal Muhammad faceoff in a welterweight bout at UFC Fight Night 173 at the UFC Apex in Las Vegas. Like the last few events, there will be no fans in the stands for this one. These are both fighters who are currently unranked.

Lyman “Cyborg” Good comes into this fight with a 21-5 record overall but since coming into the UFC he only has a 2-2 record. Good’s last fight came against Chance Rencountre and it was a pretty dominating performance. Good outstruck him 68-23 and during the middle of the third round, he finally got the finishing punch to end the fight.

Belal “Remember The Name” Muhammad comes into this fight with a 16-3 record and coming into this one he has won two in a row and six of the last seven games. Muhammad’s last fight came against Takashi Sato on September 7th of 2019 and it was a rear-naked choke in the third round that finished the job.

Muhammad is averaging 4.37 significant strikes per minute while absorbing 3.81 significant strikes per minute. Muhammad likes to get the fight to the ground and is averaging 2.15 successful takedowns every 15 minutes. Usually, Muhammad doesn’t try submissions so the last win by submission was actually a bit surprising. The previous five wins by Muhammad went to a decision so chances are if he wins this fight, it’s probably going to go to a decision. It will also require Muhammad to go to the mat to try and control the fight.

Muhammad is better on the ground, but Good has proven he can do a good job of stopping a takedown and that is going to be the difference in this fight. Look for Good to frustrate Muhammad and that will be enough to come away with a victory.