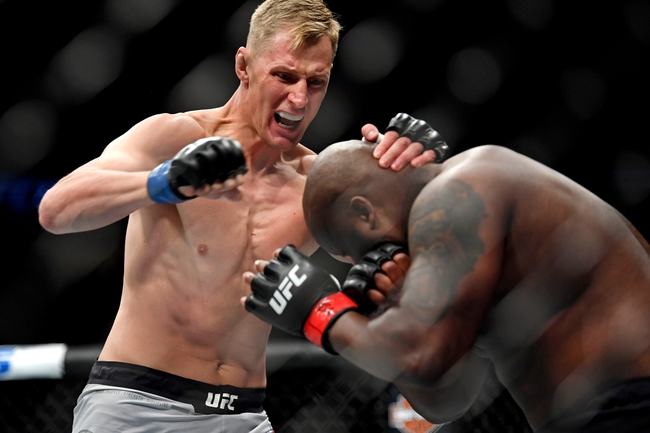 Alexander Volkov and Curtis Blaydes face in a heavyweight bout at UFC Fight Night 173 at the UFC Apex in Las Vegas. Like the last few events, there will be no fans in the stands for this one. Volkov is currently ranked seventh in the division whie Blaydes is ranked third.

Alexander “Drago” Volkov has had a bunch of fights during his career, Coming into this one, Volkov has a 31-7 record and since coming into the UFC he has a 4-1 record with the only loss coming against Derrick Lewis a few fights ago. In Volkov’s last fight last November, he had no issue with Greg Hardy oustriking him by 40. It went to the judges scorecard but Volkov came away with a unanimous decision.

Blaydes looks like the better fighter on paper, but Volkov does a good job of stopping the takedown and that will be the difference in this fight. Look for Volkov to control the fight on the feet, and he will come away a victory at a really nice number.

Get Premium Picks Start Winning Now »
The pick in this article is the opinion of the writer, not a PickDawgz site consensus.
Previous Pick
Josh Emmett vs. Shane Burgos - 6/20/20 UFC Fight Night 173 Pick and Prediction
Next Pick
Jordan Griffin vs. Youssef Zalal - 6/27/20 UFC on ESPN 12 Pick and Prediction