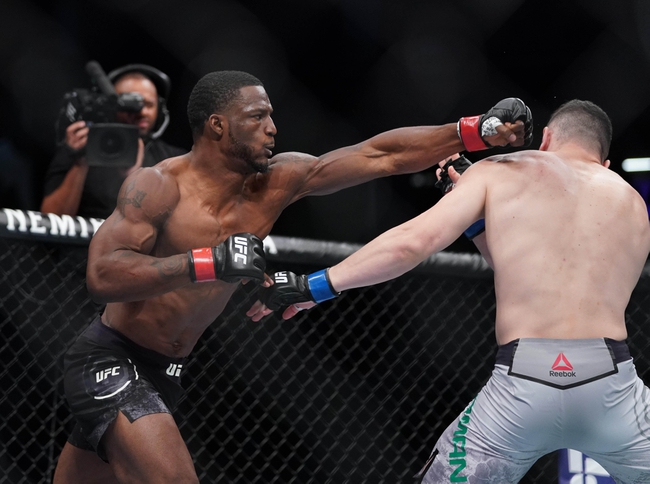 Karl Roberson and Marvin Vettori face off in a middleweight bout for the co-main event of UFC Fight Night 172 at the UFC APEX in Las Vegas. Like the last few events, there will be no fans in attendance for this fight. These two guys were supposed to fight on May 13th but Roberson had to pull out after the weight cut. These are two guys who aren’t fond of eachother, so there should plenty of fireworks in this one.

Karl “Baby K” Roberson comes into this game with a 9-2 record and has won four of his six fights in the UFC. Roberson’s last fight came against Roman Kopylov in early November of 2019. Roberson dominated most of the fight, and late in the third round he locked in a rear naked choke that ended the fight.

Marvin “The Italian Dream” Vettori has an overall record of 14-4-1 and comes into this one having won two fights in a row. Each of the last two wins for Vettori have come with the judges scorecards and each of the last six fights overall have been decided by the judges.

Roberson having to pull out of the last fight does concern me a bit, but his power should still be the difference in this game. Look for Roberson to land one big punch that is going to turn the lights out for Vettori. Take Roberson on the money line but for even more value, take him to win by KO.