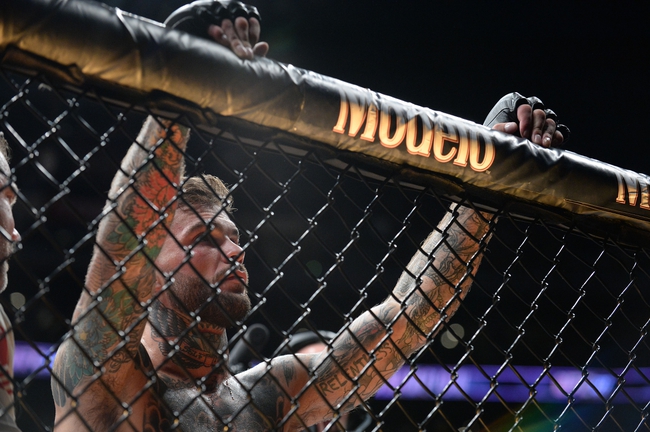 Raphael Assuncao vs. Cody Garbrandt face off in a co-main bantamweight bout at the UFC Apex in Las Vegas. There will be no fans in attendance for this fight. Assuncao is currently ranked the fifth-ranked fighter in the division while Garbrandt is ranked ninth.

Raphael Assuncao comes into this fight with a 27-7 record overall but he is currently riding a two-fight losing streak. In Assuncao’s last fight in August of 2019, he didn’t look terrible against Cory Sandhagen, but there wasn’t much doubt that he had lost the fight. He did have four takedowns in the fight , but once he got it to the mat he didn’t do a whole lot of anything once he got them to the ground. Assuncao’s last win on July 7th 2018.

Cody Garbrandt at one time was the most exciting up and coming fighters in all the UFC, but there have been some major struggles as of late. Garbrandt overall has an 11-3 record, but each of those three losses were in his last three fights.

Garbrandt didn’t look terrible in his last fight against Pedro Munhoz in March of 2019 but he was knocked out late in the first round. Garbrandt’s last win came on December 30th 2016 when he beat Dominick Cruz Garbrandt comes from a wrestling background, but he also does a good job of using his power punches to his success.

Garbrandt is too talented a fighter to lose four fights in a row, and he is going to find a way to turn it back around. It might go all the way to a decision, but this should be a dominating win for the former title challenger. This is a great value for Garbrandt