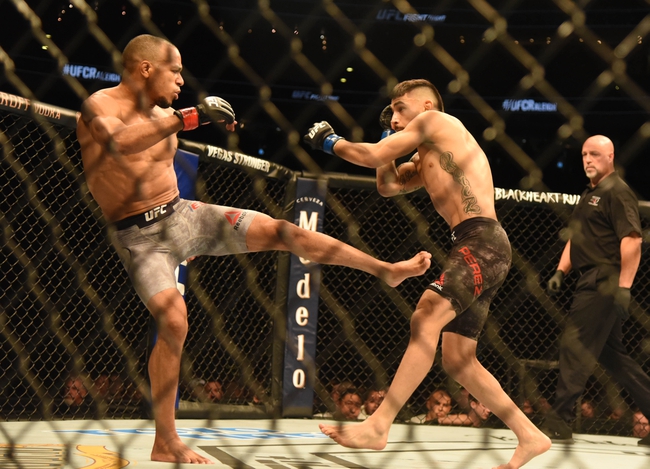 Jussier Formiga and Alex Perez face off in a flyweight bout at the UFC Apex in Las Vegas. There will be no fans in attendance for this fight. Formiga is the number four ranked fighter in the division while Perez is ranked ninth.

Even though Formiga has struggled a bit, as of late, that doesn’t take away from how many good fighters he beat.

Alex Perez is still pretty young, but he has stayed busy during his career coming into this fight with a 23-5 record and since coming into the UFC he has won five of his six fights. Perez’s last fight came against Jordan Espinosa and in late January of 2020. It was an arm triangle during the middle of the first round that finished the fight.

Perez is a fighter who likes to get the fight to the ground averaging 3.27 successful takedowns every 15 minutes. The most impressive thing about Perez is he seems to get better with every fight. If he can continue to do that and win this fight, he is going to have a title shot quickly.

Formiga is a fine fighter, but Perez has proven that he is no doubt the better fighter in this one. Look for Perez to get the fight to the ground quickly and Formiga is going to have no answer. It will probably go to a decision but Perez is going to get the job done.