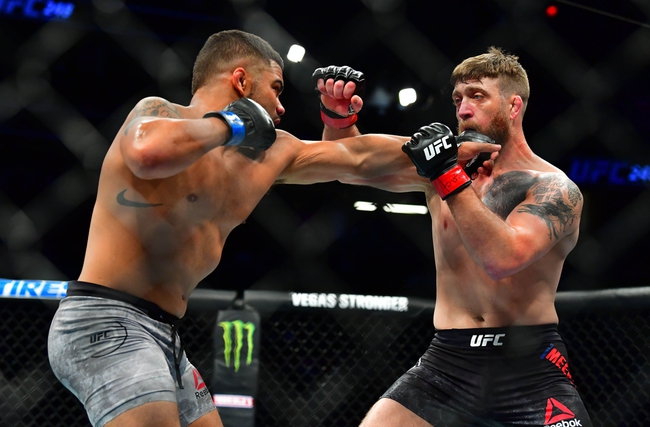 Ian Heinisch and Gerald Meerschaert face off in a middleweight bout at the UFC Apex in Las Vegas. There will be no fans in attendance for this fight.Heinish is currently ranked 13th in the division while Meerschaert is unranked, but that would probably change with a win in this fight.

Gerald “GM3” Meerschaert is a veteran of the UFC and coming into this fight he has a 30-12 record overall. Coming into this fight, Meerschaert has won two of his last three fights including a win over Deron Winn in March of 2020.Meeschaert dominated the entire fight and in the third round he won the game with a rear naked chokehold.

Meerschaert has looked like he is reviving his career, and he should continue his strong run in this one. Look for Meerschaert to make life tough on Heinisch and although it might be a bit ulgy, he is going to do enough to get it done. Look for this one to go to a decision with Meerschaert coming away with the victory.