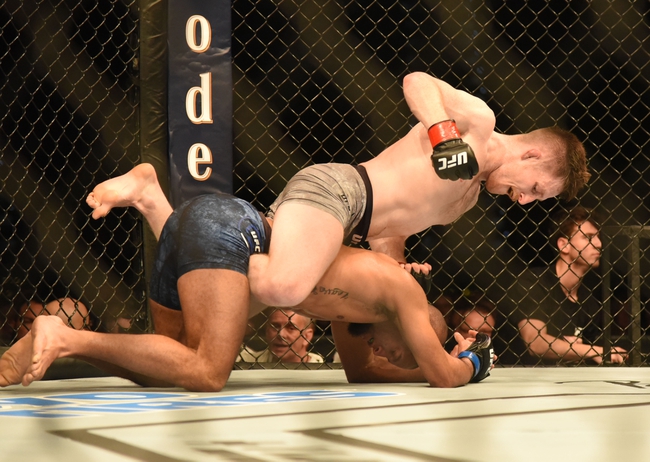 Evan Dunham and Herbert Burns  face off in a key  bout at the UFC Apex in Las Vegas. There will be no fans in attendance for this fight. Neither of the fighters are currently ranked but they hope to make a strong statement with a win in this game.

Herbert Burns big brother just picked up his biggest win of his career in his last event and the hope is he will find success in this one. Burns comes into this fight with a 10-2 record overall and he won his fight fight in the UFC.

Burns fight fight in the UFC came on January 25th 2020 against Nate Landwehr. Midway through the first round, Burns landed a big knee to knock his opponents lights out and come away with a victory.

Burns is averaging 2.88 successful takedowns per attempt and in his first fight he tried one submission attempt. If Burns wants to win this fight, getting out to a fast start will be important. He can get Dunham’s confidence to leave quickly if he gets out to a fast start.

Evan Dunham is a UFC veteran that has found a lot of success during his UFC career but there has been some struggles as of late. Overall Denham has an 18-8-1 record but coming into this fight he has lost three straight. Dunham took a little break after those three losses so this will be his first fight since September of 2018.

Burns is no doubt the better fighter, and the layoff for Dunham isn’t going to help him have success in this one. Look for Burns to dominate this fight early, and he will have no issue finishing. Burns will win this fight by decision.

Get Premium Picks Start Winning Now »
The pick in this article is the opinion of the writer, not a PickDawgz site consensus.
Previous Pick
Gilbert Burns vs. Tyron Woodley - 5/30/20 UFC Fight Night 176 Pick and Prediction
Next Pick
Alonzo Menifield vs. Devin Clark - 6/6/20 UFC 250 Pick and Prediction