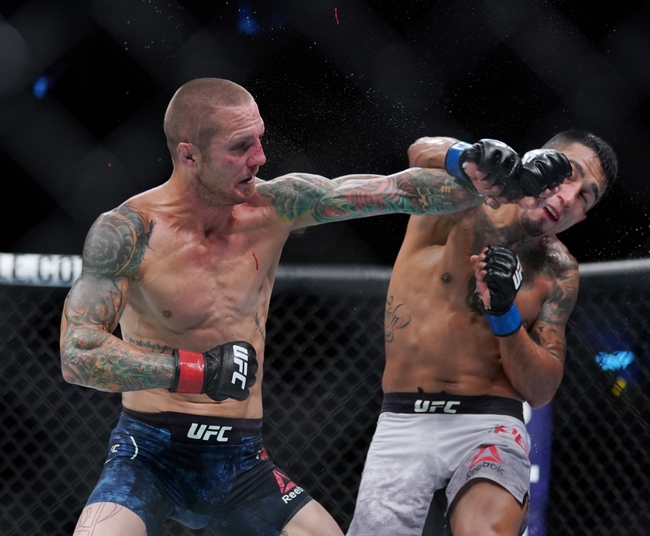 Eddie Wineland and Sean O’Malley face off in a bantamweight bout at the UFC Apex in Las Vegas. There will be no fans in attendance for this fight.Both of these guys are currently unranked but hope they can impress with a solid performance in this fight.

Eddie Wineland is a veteran in the UFC and looking at this on the outside it’s going to be a very tough battle for them. Wineland comes into this fight with a 24-13-1 record but he has lost two of his last three fights. The one win during that stretch for Wineland was in his last fight in June of 2019 against Grigorii Popov. In the fight, Wineland outstruck Popov 74-55 and it was a punch late in the second round that put the lights out.

Sean “Sugar” O’Malley comes into this fight with an 11-0 record and since coming into the UFC he has a 3-0 record. O’Malley’s last fight came against Jose Quinonez on March 7th 2020 and it was an easy fight and he won by TKO two minutes in the first round..

O’Malley is going to throw punches in bunches averaging 6.87 significant strikes per minute while only absorbing 3.83. O’Malley is averaging 1.24 successful takedowns per 15 minutes and 1.2 submission attempts during the same stretch. O’Malley has a kickboxing background and he is going to look to put another impressive knockout on the highlight reel. Look for O’Malley to throw punches early and try to finish it early.