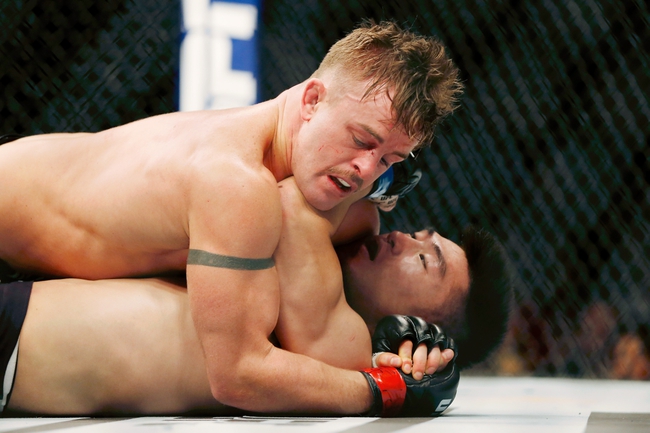 Cody Stamann and Brian Kelleher face off in a featherweight bout at the UFC Apex in Las Vegas. There will be no fans in attendance for this fight. Stamann is currently ranked 12th in the division, while Kelleher is currently unranked.

Cody Stamann comes into this flight with 18-2-1 record but they can’t be happy with the way the last fight ended up. Stamann’s last fight came in December of 2019 against Song Yadong. There were many who believed Stamann had won the fight, but the judges gave him a loss by a majority decision. Before that fight, he was 4-1 in the UFC and a win in this fight would get back on the right direction towards the top ten,.

Brian Kelleher is a veteran UFC fighter that comes into this fight with a 21-10 record overall. Since coming into the UFC Kelleher sits with a 5-3 record. In Kelleher’s last fight against Hunter Azure was on May 13th and he was being beaten bad before he landed one punch to stop the fight.

Kelleher came back in his last fight but he got lucky, and it’s not going to happen again. Look for Stamann to get the fight to the ground early and that will be the difference.  Kelleher has a lot of issues taking damage and that is going to hurt him in this fight. This fight might go the distance, but Stamann is going to come away with the victory.