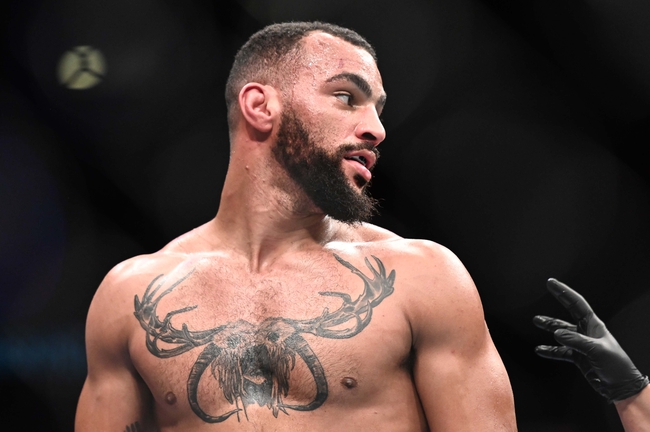 Alonzo Menifield and Devin Clark  face off in a light heavyweight bout at the UFC Apex in Las Vegas. There will be no fans in attendance for this fight.Neither of the fighters are currently ranked in the light heavyweight division.

Alonzo Menifield is currently unbeaten with a 9-0 record but there is no doubt this is his toughest fight to date. Menifield currently sits with a 2-0 record with his last fight came on June 29, 2019 against Paul Craig. In that fight it was midway through the first ground when Menifield threw the big haymaker to come away with a victory.

Menifield is averaging 5.07 significant strikes per minute while only absorbing 2.00 a minute. Mansfield hasn’t had a successful takedown or tried a submission yet during his time in the UFC. He will want to stand on his feet and trade blows in this game.

Devin “Brown Bear” Clark is a UFC veteran and comes into this game with an 11-4 record. Clark has won two of his last three fights including his last fight on February 15th 2020 against Dequan Townsend. In that fight Clark dominated outstriking him 39-6 and also finishing three takedowns. Clark ended up winning the fight by unanimous decisions.

Clark is a fighter who likes to get it to the ground and so far in his career he is averaging 3.03 successful takedowns every 15 minutes.

Menifield is undefeated, but this is a place where he is going to have his first loss. Look for Clark to use his experience to be the difference. Clark is going to get the fight to the ground and that will be the difference as he comes away with a win. Being a plus underdog is also great value. This shouldn't be the biggest bet of the night but this is a strong play.