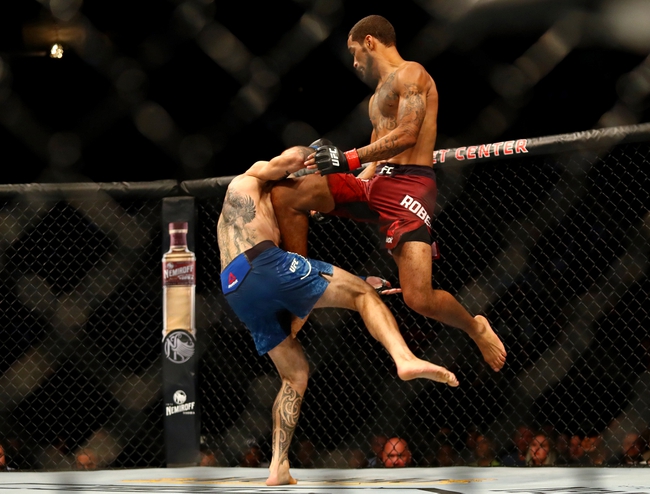 Roosevelt Roberts and Brok Weaver face off in a lightweight showdown at UFC Fight Night 176. The fight will take place at the UFC Apex with no fans in attendance.Both of these guys are unranked in the division.

Roosevelt “The Predator” Roberts comes into this fight with a 9-1 record and in the UFC he has a 3-1 record. Roberts's last fight came on November 9th 2019 against Alexander Yakovlev. Roberts was taken down three times in that fight, but he did a good job of avoiding taking much damage. The fight ended up going to the judge's scorecards, but Roberts came away with a unanimous decision.

Brok “Chata Tuska” Weaver comes into this game with a 15-4 record, but his first fight in the UFC was an odd one. Weaver’s first fight in the UFC was on February 15th 2020 against Kazula Vargas. In that fight Vargas struck Weaver in the first round with an illegal knee which gave the win to Weaver. Weaver was getting beat pretty handily before the illegal knee so it’s hard to know what is mindset will be coming into this fight.

Weaver is a boxer first and foremost so he is most comfortable when he is standing in the middle trying to throw haymakers. Weaver also loves to talk when he is in the octagon, so if he lands a big punch, everyone is going to know about it.