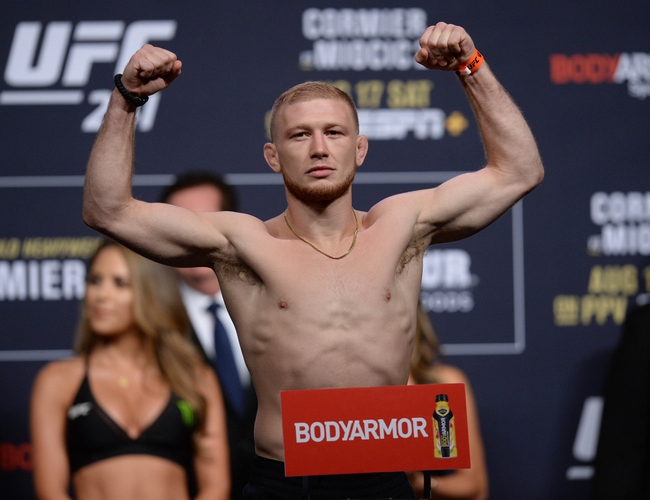 Louis Smolka vs. Casey Kenney face off in a bantamweight showdown at UFC Fight Night 176. The fight will take place at the UFC Apex with no fans in attendance. Both of these fighters are currently unranked, but they hope to open up some eyes with a victory in this fight.

Louis “Da Last Samurai” Smolka comes into this off a win in his last fight and overall he has a 16-6 record during his career. Smolka’s last fight came on September 14th, 2019 at UFC Fight Fight Night: Cowboy vs. Gaethje. Smolka faced off with Ryan MacDonald and it didn’t take a whole lot of time to get the job done. Smolka landed 59 strikes before he finally finished the fight late in the first round with one of those punches.

Casey Kenney fights out of the southpaw stance and comes into this fight with a 13-2-1 overall record as a professional. Kenney had won two fights in a row to start his UFC career, but in his last fight it was a loss.

In Kenney’s last fight against Merab Dvalishvili, he was taken down 12 times, and that led to him losing by a unanimous decision. All three of Kenney’s fights in the UFC have gone to the judges’ scorecards. Kenney is averaging 3.39 significant strikes per minute, while absorbing 3.2 significant strikes per minute. Kenney is also averaging 1.4 successful takedowns every 15 minutes. His takedown defense needs to improve off his last fight though.

Kenney really struggled in his last fight and Smolka is going to take advantage of that in this fight. Look for Smolka to control the fight by getting it to the ground. This one is going to go the full 15 minutes, with Smolka cashing at plus money.