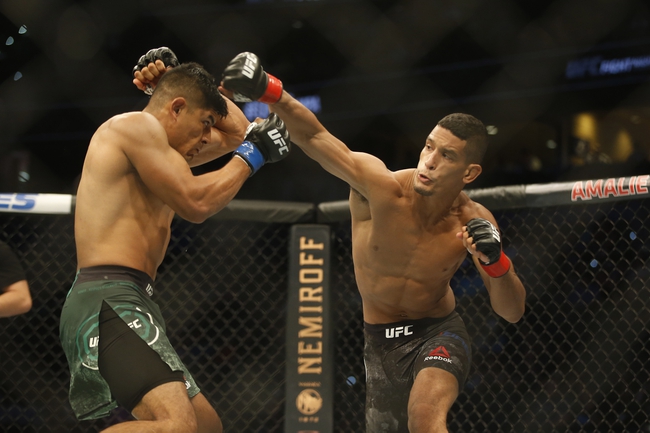 Matt Brown and Miguel Baeza face off in a welterweight showdown at UFC on ESPN 10. The fight will take place at VyStar Veterans Memorial Arena with no fans in attendance.This is the final fight of the prelims.

Matt Brown is a UFC veteran and comes into this fight with a 24-16 record and he has won two fights in a row. Brown’s last win came in December of 2019 over Ben Saunders. He had two takedowns in that fight, but it was Brown’s bunches in the second round that finished off the job.

Miguel “Caramel Thunder” Baeza is fighting in just his second official UFC fight but since turning pro he has an 8-0 record. Baeza’s last fight was on October in 2019 against Hector Aldana and it was an impressive one. Midway through the second quarter, Baeza used a leg kick and his ground and pound to finish the fight. Five of Baeza’s eight wins have been finished with eight stoppages. There is a lot of buzz around Baeza heading into this fight with expectations he could quickly climb up the rankings. This is a good test for him, and should be a good measuring stick about if he has superstar potential.

This feels like a placeholder fight for Brown who is getting fights against the up and comers in the UFC. Brown has knockout power, but it’s not going to help him in this one. Look for Baeza to control the fight early and that will be enough to come away with a victory. The price is a little steep so if you are looking for a little bit better, back Baeza to win by TKO.