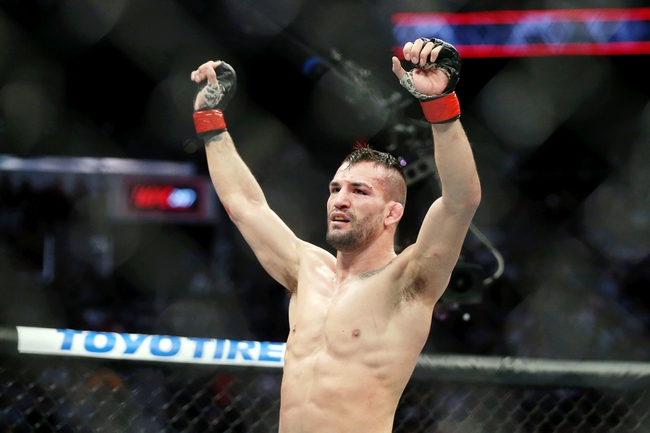 Dan Ige and Edson Barboza face off in a featherweight showdown at UFC on ESPN 10. The fight will take place at VyStar Veterans Memorial Arena with no fans in attendance.Barboza is currently ranked 11th in the division, while Ige is ranked 15th in the featherweight division. This is a key fight for both guys.

Dan “Dynamite” Ige comes into this fight with a 13-2 record and six of those fights have come in the UFC. Ige is fighting really well coming into this one having won five fights in a row. Ige’s last fight came in February at UFC 247 and he was able to come away with a victory by split decision. There was some controversy about if he won, but Ige has the victory next to the name and that’s all that matters.

Ige is averaging 3.89 significant strikes per minute and also is averaging 2.38 takedown attempts per fight. In this fight, Ige will probably try to take it to the ground and control the tempo and pace.

Edson Barboza comes into this fight with a 20-8 record but he is really struggling as of late losing each of his last two fights. The last fight Barboza thought he had won the fight but he lost by split decision, which was a surprise to many.

Barboza has lost two straight fights, and there is no reason to be laying any type of minus money in this game. Look for Barboza to struggle once this gets to the ground, and Ige is going to take advantage. Ige is at plus money, and he offers a great value at this price.