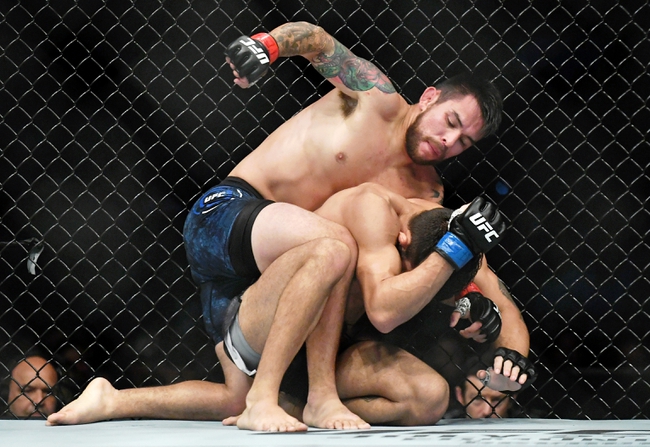 Ricky Simon and Ray Borg will face off in a bantamweight showdown at UFC Fight Night 171. The fight will take place at VyStar Veterans Memorial Arena with no fans in attendance. Both of these guys are currently unranked in the bantamweight in the division.

Ray “The Tazmexican Devil” Borg comes into this fight with a 13-4 record and has won two in a row. Borg’s last fight came on February 15h against Rogerio Bontorin.Borg absolutely dominated the fight with ten takedowns, and there was really no doubt who won even though it went to the judges scorecard.

Borg is a strong wrestler that uses that to his advantage when he is fighting. Borg is averaging 4.26 takedown attempts per 15 minutes, and is successful on 51 percent of his attempts.

Ricky Simon comes into this game with a 15-3 record but he has lost three fights in a row. Simon likes to use his takedowns to his advantage, but over the last two fights he has only had six takedowns total.

Simon is averaging 6.53 takedowns per game, and that wrestling is going to need to come into play in this game. Simon is also averaging 2.96 significant strikes per minute, while absorbing 3.79 significant strikes per minute. Simon is averaging only 0.2 submission attempts per 15 minutes, so that’s something that he probably won’t try in this fight. Simon does have a six inch reach advantage which is something that he should probably try to take advantage of in this fight.

These are two fighters who have similar styles, but Borg has been the better fighter as of late. Look for Borg to take advantage early in this fight and he will dictate it from the beginning. This one will go the distance, with Borg coming away with a victory. It's also smart to take a look on this fight to go over.