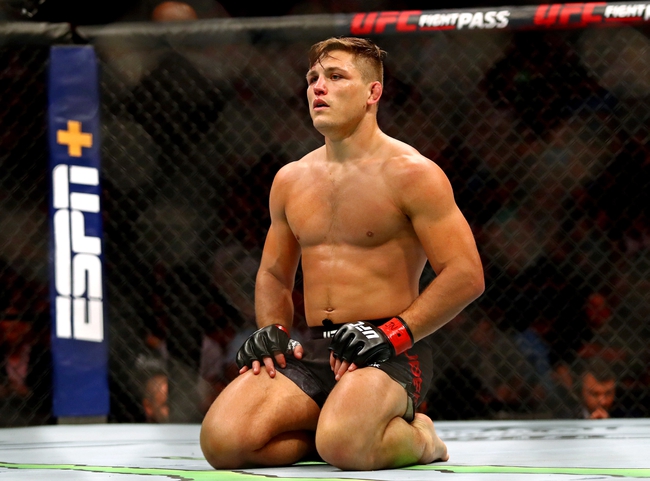 Alexander Hernandez and Drew Dober face off in a lightweight showdown at UFC Fight Night 171. The fight will take place at VyStar Veterans Memorial Arena with no fans in attendance.

Hernandez is the 15th ranked fighter in the lightweight division while Dober isn’t, but probably would be with a win in this fight.

Alexander Hernandez comes into this fight with an 11-2 record and has gone 3-1 so far in his fights in the UFC. Hernandez's last fight came against Francisco Trinaldo he won by unanimous decision.

Drew Dober comes into this fight with a 22-9 record and he has won two fights in a row. Dober’s last fight was on January 18th and it didn’t take long for him to finish the fight with a knockout in the first round.

Dober has a heavy punch that likes to throw a lot at a time. Coming into this fight he is averaging 4.51 significant strikes per minute, while absorbing 4.16 significant strikes per minute. Dober is averaging 0.95 takedowns per 15 minute fight. He also stops takedowns 62 percent of the time. The one thing we probably won’t see in this fight is either guy going for a submission attempt.

Dober absorbs a bit more punishment a fight, but it seems he can handle it, and with the way he has looked the last two fights, there is no reason he can’t get the job done. Hernandez will probably be tentative out of the gate, and that is going to hurt him in this fight. Look for Dober to start out firing early and that will be the difference. This one isn’t going to take long to finish, as Dober will knock out Hernandez. Take the nice price at Dobert but if you want to get plus money take him to win by knockout.