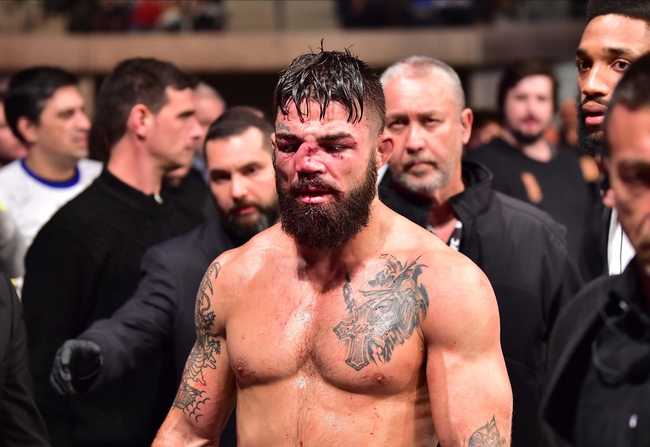 Vicente Luque and Niko Price face off in an early prelim in a welterweight showdown. This is the last early prelim on ESPN+.

Luque comes into this fight with a 17-7-1 record and he had won six fights in a row before losing his last fight. Luque went against Stephen Thompson and although he lasted the entire fight, he was dominated. Luque had only 77 strikes, compared to Thompson’s 138.

Luque is a fighter who likes to stand on the feet and he is going to try and inflict as much damage as possible. Luque averages 5.18 significant strikes per minute, while he absorbs 5.34 significant strikes per minute. Luque is averaging only 0.82 takedowns per minute, but that isn’t the main goal when he is fighting.  In this fight Luque should have a lot of success if he can stand in the middle and trade blows. His goal is going to be very clear when he steps into the octagon, he wants to put Price to sleep.

Price will go for the takedown a little more, averaging 1.08 attempts per fight, and in this fight he might try to get this one to the ground. If he does get it to the ground. He will look for the submission.

These two fought a few years back in October of 2017, and Luque actually finished that one by submission in the second round.

Luque is going to win this fight again, but it’s not going to be submission. Look for Luque to use his power to finish this one pretty early. Back Luque to win by knockout to lower the price a bit.

Get Premium Picks Start Winning Now »
The pick in this article is the opinion of the writer, not a PickDawgz site consensus.
Previous Pick
Charles Oliveira vs. Kevin Lee - 3/14/20 UFC Fight Night 170 Pick, Odds, and Prediction
Next Pick
Uriah Hall vs. Ronaldo Souza 5/9/20 UFC 249 Picks and Prediction