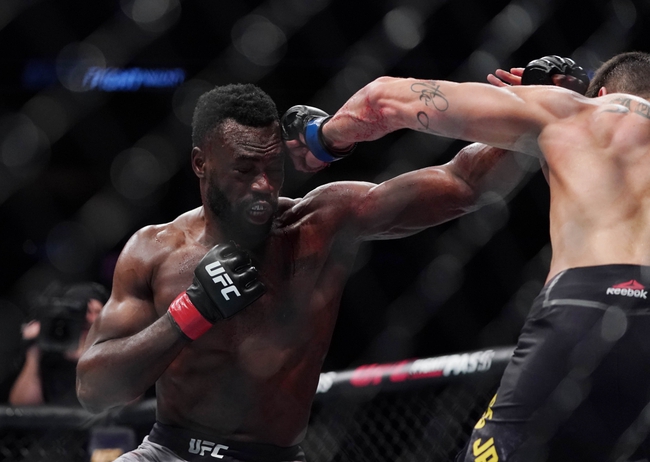 Uriah Hall and Ronaldo Souza face off in a middleweight showdown at UFC 249 which takes place at Vystar Veterans Memorial Arena in Jacksonville. Hall is the 10th ranked fighter in the middleweight class while Souza is ranked 14th.

Hall has been super inconsistent during his career and comes into this fight with a 16-9 record. Over the last four fights though, Hall does have three wins. Hall’s last fight came last September against Antonio Carlos Junior and it was a split decision victory. It wasn’t all that impressive but he did come away with the win.

Ronaldo “Jacare” Souza really needs a win in this fight after losing two fights in a row. Overall Souza has a 26-8 record. Souza’s last fight was a split decision loss at the hands of Jan Blachowicz. Blachowicz outstruck Souza 71-20 in the fight.

Souza is a fighter who usually wants to get the fight to the ground averaging 2.46 takedowns per fight with 38 percent of those being successful. Souza is averaging 2.54 significant strikes per minute while opponents are averaging 2.81 significant strikes per minute. One problem in this fight for Souza could be his age as he is already 41 years old. If Souza wants any chance to come away with a victory, he needs to get this fight to the ground.