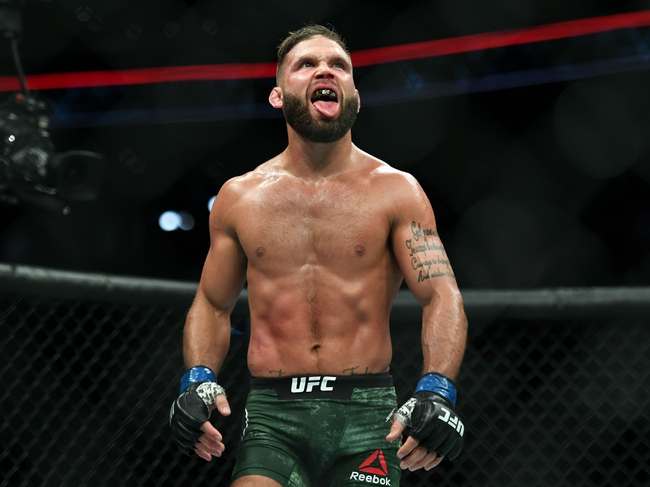 Jeremy Stephens and Calvin Kattar face off at UFC 249 at the VyStar Veterans Memorial Arena in a featherweight showdown. Stephens is ranked seventh in the round while Kattar is ranked ninth.

Jeremy Stephens is one of the more popular fighters in the UFC but his last win came five fights ago in February of 2018. Each of Stephen's last two fights came against Yair Rodriguez. The first fight was a no-contest, and the last Stephens lost by unanimous decision.Stephens is a strong fighter and he does a good job of going deep in fights, even when he loses.

Stephens averages 3.09 significant strikes per minute while hitting on 40 percent of his chances. He also averages 1.18 takedowns a fight but he only is successful on 38 percent of his attempts. Stephens absorbs 2.98 significant strikes per minute. Stephens isn’t afraid to stand in the middle of the ring and trade blows which sometimes causes him to take more damage than he probably should.

Calvin Kattar comes into this game with a 20-4 record but lost his last fight. Kattar took on Zabit Magomedsharipov in the last fight and lost by a unanimous decision. Kattar has an interesting fighting style and it will be interesting to see if he changes up his syte at all for this fight.

The two fights before his last loss he won by knockouts late in the first round.  If this fight goes three rounds, it will be interesting to see how Kattar ends up.

There is no doubt that Stephens has struggled a bit, but this is the fight that he can turn it back around. Look for Stephens to take advantage of Kattar who takes a ton of damage, and wear him out through the fight. This is nice plus money so no need to take Stephens on anything else but the money line, but he is going to win this fight by knockout.