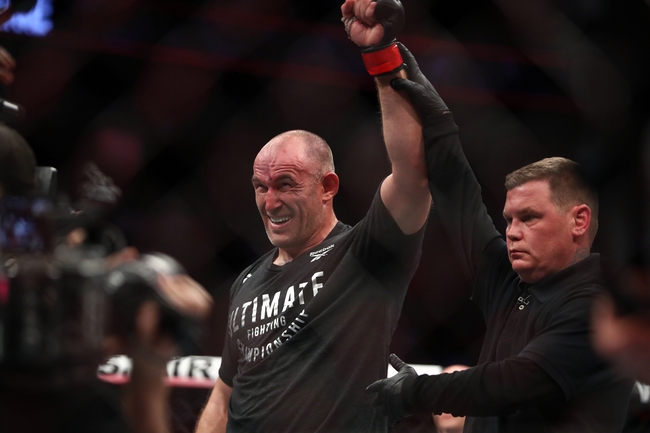 Aleksei Oleinik and Fabricio Werdum face off in a heavyweight showdown at UFC 249 which takes place at Vystar Veterans Memorial Arena in Jacksonville.

Fabricio Werdum was suspended for two years after failing a drug test and this is his first fight back from the suspension. Werdum is 42 years old so this is an ultra-important fight for him if he wants to make a chargeback up to the rankings.

Werdum’s last fight was against Alexander Volkov and he was knocked out in the fourth round. Before that Werdum had won two fights in a row heading into that fight, and over the last 12 games, he has nine wins. Overall Werdum has a 23-8-1 record.

Aleksei Oleinik comes into this fight after a submission win in his last fight against Maurice Green at UFC 246.

Before his last fight, Oleinik had lost two fights in a row, and a loss in this fight would be bad for his outlook of the future. Oleinik has fought a lot and during his career, he has a record of 58-13-1.

Oleinik also loves to take the fight to the floor and is averaging 3.01 takedowns per 15 minutes in the octagon. In this fight look for Oleinik to try and get it the ground and really dominate the fight from the ground. He ended the last fight by armbar and it will probably be the gameplan again in this fight.

Werdum is excited to get back into the octagon but I don’t think he is going to find much success in this fight. Oleinik looked really good in the last fight and has confidence. This fight is going to go the distance with Oleinik coming away with the victory.