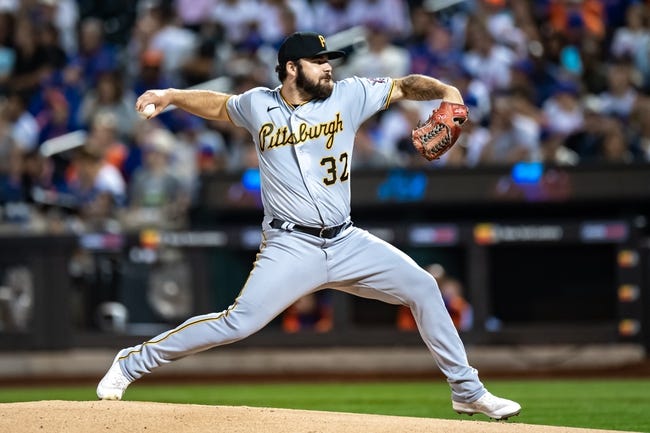 The Chicago Cubs will play the Pittsburgh Pirates in Game 2 of their series at PNC Park on Friday night.

The Pittsburgh Pirates are 55-95 this season and have lost seven games in a row. Prior to losing Game 1 of this series, Pittsburgh lost both games played against the Yankees. The Pittsburgh pitching staff has a 4.73 ERA, a 1.43 WHIP, and a .261 opponent batting average. The Pirates offense has scored 535 runs with a .220 batting average and a .287 on base percentage this year. Bryan Reynolds is batting .263 with 24 home runs and 57 RBI’s for the Pirates this season. The projected starter for Pittsburgh is Bryse Wilson, who is 3-9 with a 6.07 ERA and a 1.48 WHIP over 99.1 innings pitched this season.