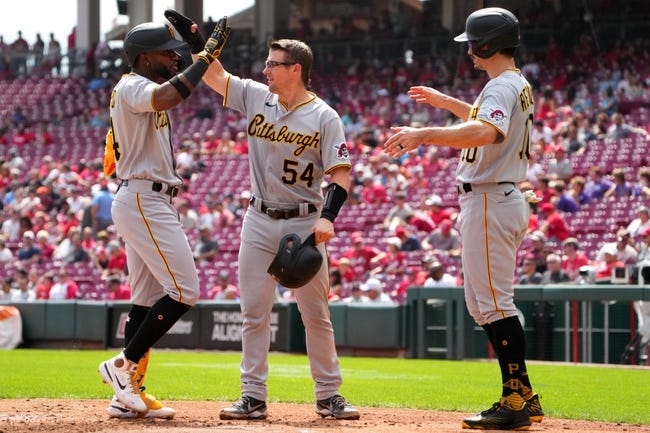 The Pittsburgh Pirates will play the New York Mets in Game 1 of their series at Citi Field on Thursday night.

The Pittsburgh Pirates are 55-88 this season and have won four games in a row. Pittsburgh is coming off of a series win against Cincinnati, where they won all four games played in the series. The Pittsburgh pitching staff has a 4.61 ERA, a 1.42 WHIP, and a .261 opponent batting average this season. The Pirates offense has scored 515 runs with a .223 batting average and a .289 on base percentage. Bryan Reynolds is batting .257 with 23 home runs and 54 RBI’s for the Pirates this season. The projected starter for Pittsburgh is JT Brubaker, who is 3-11 with a 4.36 ERA and a 1.42 WHIP over 138.1 innings pitched this season.

The New York Mets are 89-55 this season and have lost three games in a row. New York is coming off of a series loss against the Cubs, where they lost all three games played. The New York pitching staff has a 3.56 ERA, a 1.20 WHIP, and a .237 opponent batting average. The Mets offense has scored 672 runs with a .258 batting average and a .329 on base percentage this year. Pete Alonso is batting .268 with 35 home runs and 111 RBI’s for the Mets this season. The projected starter for New York is Carlos Carrasco, who is 14-6 with a 3.80 ERA and a 1.30 WHIP over 135 innings pitched this season.

The Mets really struggled in their series against the Cubs and are losing ground to the Braves in the NL East. Pittsburgh has had a rough season, but is coming off of a nice series sweep of the Reds. JT Brubaker has allowed 11 earned runs over his last 18 innings pitched for the Pirates. For the Mets, Carlos Carrasco has allowed five earned runs over his last 10.2 innings pitched. The Mets really need to get back on the right track and this is a good matchup for them. I am taking the Mets to win by at least two runs.