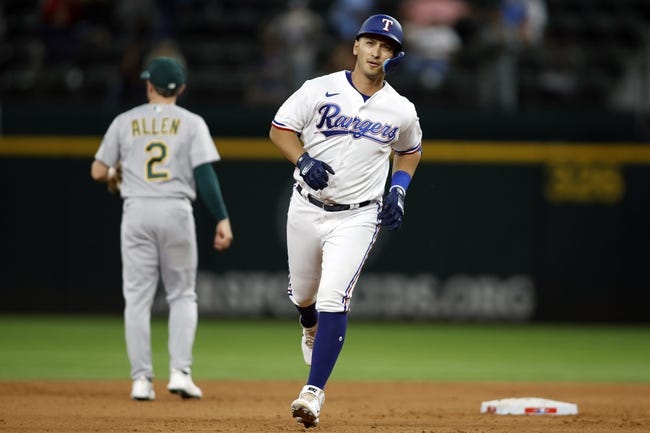 The Oakland Athletics and Texas Rangers face off on Wednesday in an MLB showdown at Globe Life Field. On Tuesday, it was the Rangers that were able to secure the 8-7 victory.

The A’s come into this game with a 51-91 record overall, and they have lost six of their last seven games. The A’s offense looked good on Tuesday, but the pitching really struggled, giving up eight runs. The A’s offense is averaging 3.47 runs per game, which is 29th in the league. Sean Murphy has hit 18 home runs and driven in 64 RBIs.

On the other side of this matchup is the Rangers, who sit with a 62-80 record overall, but they have won three of their last four games. The Rangers offense has been strong this season, averaging 4.48 runs per game, which is 12th best in the league. The pitching is ranked 21st, and they need to be better here. Adolis Garcia is having a big season, hitting 25 home runs and driving in 92 RBIs.

On the mound for the A’s is JP Sears, who sits with a 5-2 record and an ERA of 3.33. In his last start against the Chicago White Sox, he went two innings, giving up eight hits and six runs.

On the mound for the Rangers is Dane Dunning, who sits with a 3-8 record and an ERA of 4.39. In his last start against the Toronto Blue Jays, he went 5.2 innings, giving up seven hits and three runs.

Spears was awful in his last start, and I expect the Rangers bats are going to run up the score again in this game. Dunning sits with an ERA of 4.39, and he is going to get hit hard by an A’s team that has a ton of confidence heading into this game. This game is going to be high scoring and the over will cash.