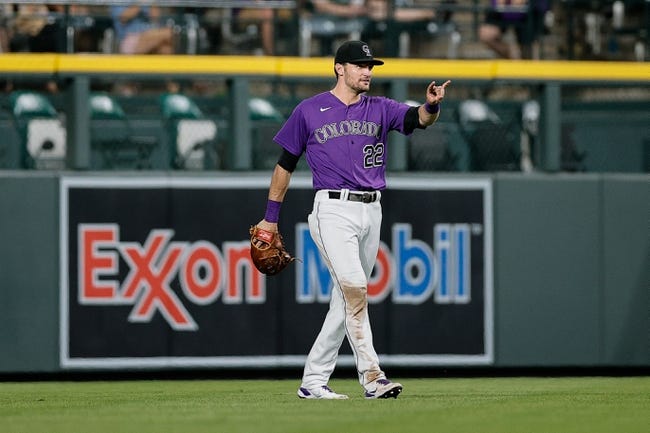 The San Diego Padres and Colorado Rockies face off on Wednesday in an MLB showdown at Coors Field. The two teams have split the first two games of this series.

The Padres come into this game with a 50-39 record overall but on Tuesday a couple of key misplays hurt their chances to win. In the first game of this series, the Padres scored six runs and that was enough to secure the victory. Manny Machado is having a big season hitting 15 home runs and driving in 51 RBIs. In this game, the Padres are going to need the offense to be a lot better.

On the other side of this matchup is the Rockies who sit with a 39-49 record overall and on Tuesday the pitching was good giving up only three runs and that was enough to secure the victory. The pitching has been an issue this season but the offense is averaging 4.43 runs per game which is 14th in the league. C.J. Cron is having a big season hitting 20 home runs and driving in 67 RBIs.

On the mound for the Padres is Joe Musgrove who sits with an 8-2 record and an ERA of 2.09. In his last start against the San Francisco Giants, he went seven innings giving up one hit and zero runs.

On the mound for the Rockies is Chad Kuhl who sits with a 6-5 record and an ERA of 4.02. In Kuhl’s last start against the Diamondbacks, he went five innings giving up six hits and four runs. The Rockies are going to need Kuhl to be lights out here.

The Rockies are 0-5 in their last five games on Wednesday. The under is 3-0-1 in Kuhl’s last four home starts. The under is 6-1 in the Padres last seven road games.

Joe Musgrove has been so strong this season and in his last start he gave up one hit and zero runs. Look for the Rockies bats to be ice cold here and that is going to be the difference as the Padres get the job done. Back the Padres -1.5.