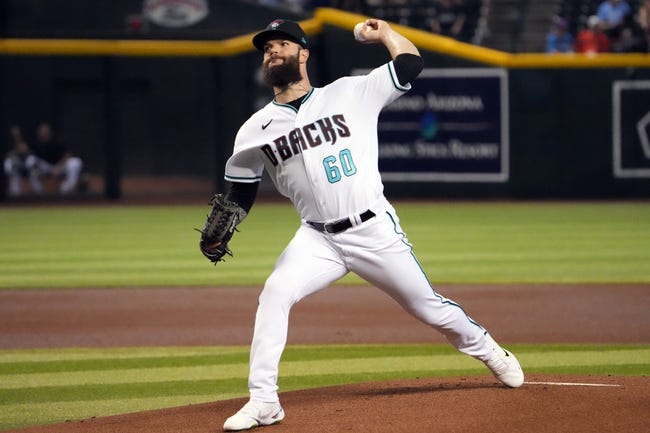 The San Francisco Giants will host the Arizona Diamondbacks in the second game of their series in the National League West from Oracle Park on Tuesday night. The weather is expected to be extremely humid with a 0% chance of rain and 8.7 miles per hour winds.

Alex Cobb got the start for the San Francisco Giants. He has a 4.57 ERA, with 63 strikes and a 1.38 whip. He pitched 6 innings in the loss. He gave up 6 hits and threw four strikeouts.

San Francisco Giants right-hander, Logan Webb will be the starter for this one. He has a 2.98 ERA with 88 strikes and a 1.11 whip.

Merril Kelly got the start for the Arizona Diamondbacks. He has a 3.36 ERA, with 84 strikes and a 1.22 whip. He pitched 7 innings before calling it a night in the win. He had 4 strikeouts and gave up 5 hits.

Arizona Diamondbacks left-hander, Dallas Keuchel will be the starter for this one. He has a 7.63 ERA with 34 strikes and a 1.94 whip.

The San Francisco Giants are 7-2 in their last 9 Tuesday games and are 11-5 in their last 16 games vs. a left-handed starter. The Arizona Diamondbacks are 19-43 in the last 62 meetings.