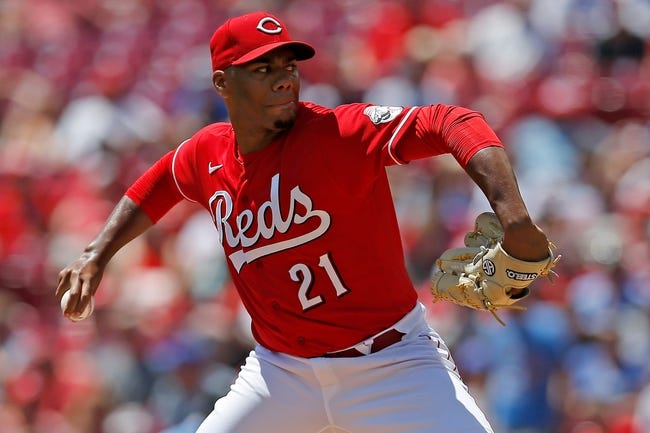 The Tampa Bay Rays and Cincinnati Reds face off on Saturday in an MLB showdown at the Oakland Coliseum. The Reds were able to win the game on Friday night on a walk off balk.

The Tampa Bay Rays sit with a 45-38 record overall but too often this season their offense has struggled as they did on Friday night. The offense has really struggled averaging 4.11 runs per game which is 23rd in the league. To find success this season it’s had to be the pitching that has kept them in this game. The top offensive player for the Rays has been Randy Arozarena who has hit 19 home runs and driven in 39 RBIs.

On the other side of this matchup is the Reds who sit with a 30-54 record overall and they have won two games in a row. Over the last two games the pitching has given up only two runs total and they need the pitching to lockdown in this game. The Reds are giving up 5.41 runs per game which is 30th in the league.

On the mound for the Rays is Drew Rasmussen who sits with a 5-3 record and an ERA of 3.30. In his last start against Toronto, he went 4.2 innings giving up five hits and two runs.

On the mound for the Reds is Hunter Greene who sits with a 3-10 record and an ERA of 6.01. In his last start against the New York Mets, he went 5.1 innings giving up seven hits and six runs.

The Reds are 0-5 in Greene’s last five starts during Game 2 of a series. The under is 6-0 in the Reds last six interleague games. The over is 5-0 in the Rays last five games on Saturday.

The Reds pitching has been strong the last two games, but that is going to change in this game. Greene has had his issues this season and in his last start he gave up six runs. Look for the Rays bats to break out here, and that will be the difference as Tampa Bay gets the job done. Back the Rays.