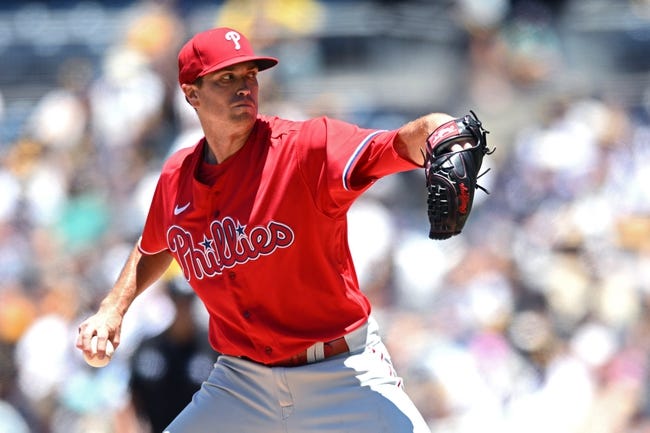 The Philadelphia Phillies and St. Louis Cardinals face off on Saturday in an MLB showdown at Busch Stadium. On Friday night it was the Phillies that were able to secure the 2-0 victory.

The Phillies come into this game with a 45-39 record overall and they have won two games in a row. Over the last two games the pitching has given up only three runs total, and they are going to need the pitching to be good again in this game. Overall the strength of this team has been the offense averaging 4.86 runs per game which is 3rd in the league. Kyle Schwarber has hit 27 home runs and driven in 56 RBIs.

On the other side of this matchup is the Cardinals who sit with a 45-41 record overall and they have lost five of their last six games. Over the last three losses, the Cardinals have scored only one total. For the most part this season teh Cardinals offense has been a strength of this team averaging 4.58 runs per game which is 9th in the league.

On the mound for the Phillies is Kyle Gibson and he sits with a 4-3 record and an ERA of 4.91. In the last game against the St. Louis Cardinals, he went four innings giving up seven hits and six runs.

On the mound for the Cardinals is Dakota Hudson who sits with a 6-5 record and an ERA of 4.29. In his last start against the Atlanta Braves, he went four innings giving up nine hits and six runs.