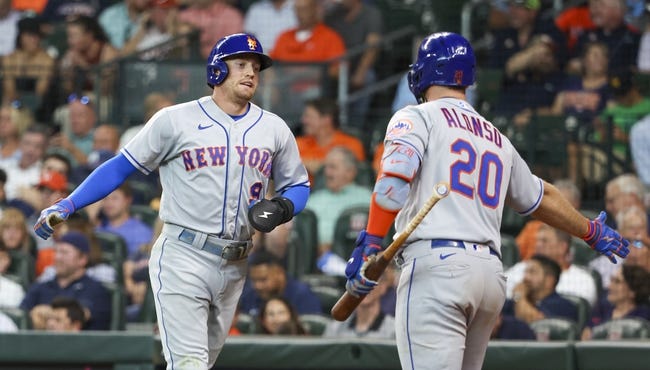 The Miami Marlins will play the New York Mets in Game 3 of their series at Citi Field on Saturday afternoon.

The Miami Marlins are 40-42 this season and have won seven of their last nine games. Miami won Game 2 of this series by a score of 5-2 on Friday night. The Miami pitching staff has a 3.86 ERA, a 1.25 WHIP, and a .236 opponent batting average this season. The Marlins offense has scored 353 runs with a .242 batting average and a .307 on base percentage. Garrett Cooper is batting .307 with seven home runs and 40 RBI’s for the Marlins this season. The projected starter for Miami is Braxton Garrett, who is 1-3 with a 4.25 ERA and a 1.45 WHIP over 29.2 innings pitched this season.

The Marlins were able to bounce back and win Game 2 of this series after getting blown out in Game 1. New York has dominated Miami in New York lately, so I expect the Mets to bounce back here. Carlos Carrasco bounced back in his last start by only allowing one run over 5.2 innings pitched. In his previous two starts, Carrasco allowed 11 runs. For the Marlins, Braxton Garrett also allowed one run in his last start after allowing five runs in his previous start. I like the Mets to win this game by at least two runs behind a strong outing from Carrasco.