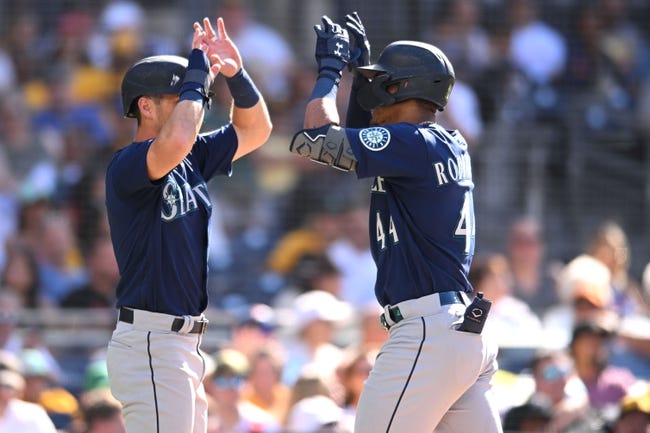 The Seattle Mariners and San Diego Padres face off on Tuesday in an MLB showdown at Petco Park. In the first game of this series, it was the Mariners that were able to secure the 8-2 victory.

The Padres come into this game with a 47-35 record overall but they have lost four of their last five games. During the four losses the offense only scored six runs total, and with as much talent as they have, that’s a bit shocking. The Padres offense is averaging 4.51 runs per game which is 12th in baseball, and that average has dropped so far in July. Manny Machado has hit 12 home runs and driven in 46 RBIs.

On the other side of this matchup is the Mariners who sit with a 40-42 record overall but they have won three straight games. Over the last three games, the pitching has given up four runs total. The Mariners pitching has been the strength this season giving up 3.91 runs per game which is seventh in the league. The offense has been an issue and is ranked 26th in baseball.

On the mound for the Mariners is Logan Gilbert who sits with a 9-3 record and an ERA of 2.66. In his last start against the A’s he went six innings, giving up eight hits and four runs.

On the mound for the Padres is Mike Clevinger who sits with a 2-0 record and an ERA of 2.79. In his last start against the Arizona Diamondbacks, he went six innings, giving up one hit and zero runs.

The Padres have won the last six games started by Clevinger. In Clevinger’s last start he gave up only one hit and zero runs. This Mariners offense just isn’t that talented, averaging only 3.94 runs per game. The Padres are going to win this game on the run line.